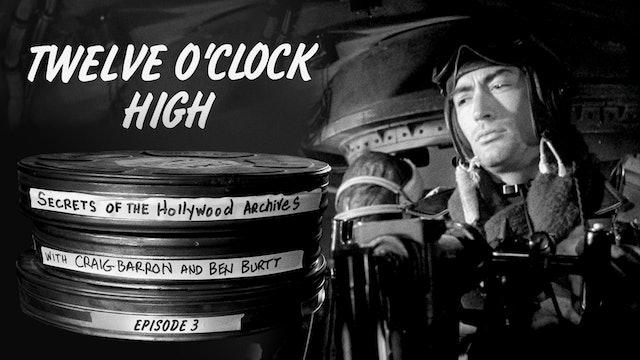 One of the finest and most realistic war movies produced in 1940s Hollywood, TWELVE O’CLOCK HIGH portrays the harrowing experiences of a group of American flyers stationed in Britain during World War II. But how did the filmmakers achieve the exciting aerial shots of star Gregory Peck flying a B-17 bomber? In this edition of Secrets of the Hollywood Archives, visual effects artist Craig Barron and sound designer Ben Burtt turn to the studio vaults to uncover the behind-the-scenes footage that shows how movie magic was made.