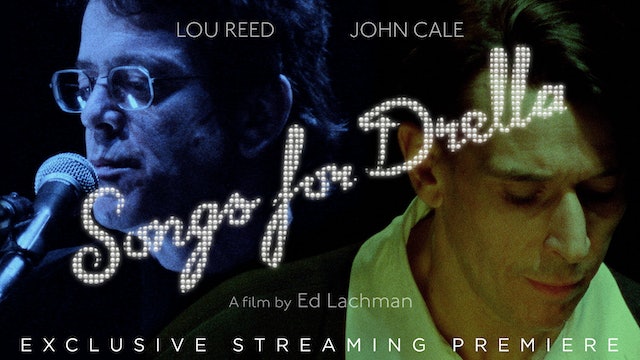 Newly restored, this elegiac concert documentary captures the extraordinary 1990 reunion of estranged Velvet Underground bandmates Lou Reed and John Cale. The occasion for this landmark event was a live performance of their album “Songs for Drella,” a wry and wrenching tribute to their recently deceased former manager Andy Warhol (the nickname, Drella, a portmanteau of Dracula and Cinderella, hints at the complex feelings the two men held for the artist, who exerted a Svengali-like influence over their early careers). Filmed with evocative austerity by renowned cinematographer Ed Lachman (THE VIRGIN SUICIDES, CAROL), SONGS FOR DRELLA is both a mesmerizing musical experience and a haunting reflection on memory, loss, regret, and the search for solace.