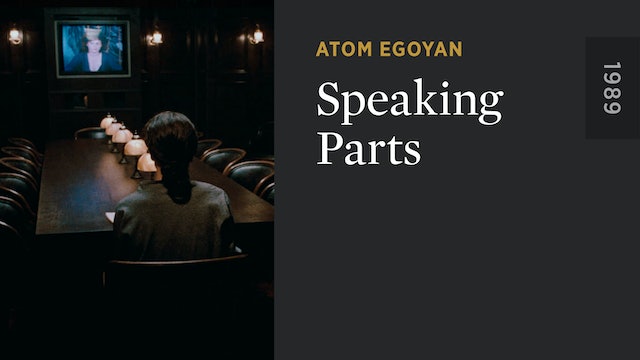 Haunting images and obsessive sexuality merge in this postmodern thriller about loss, love, power, and the distance that modern technology puts between us. The story of four people—an actor/gigolo (Michael McManus), a frustrated chambermaid (Arsinée Khanjian), an obsessed writer (Gabrielle Rose), and the film producer (David Hemblen) who manipulates them all—is filmed as if we were watching their power games through the lens of a surveillance camera. Disquieting and enthralling, SPEAKING PARTS confirmed Egoyan’s status as one of the most daring and original directors of his generation. 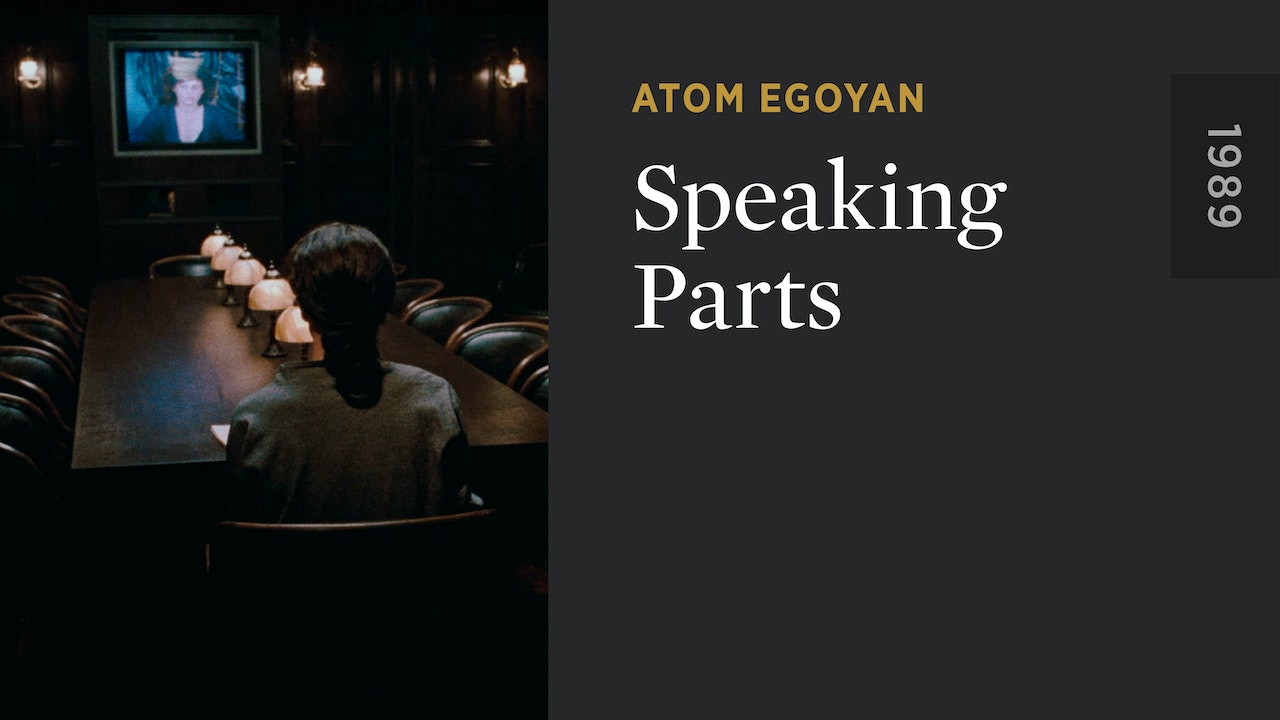