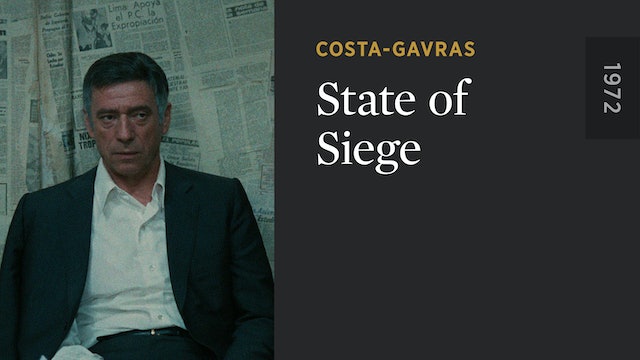 Costa-Gavras puts the involvement of the United States in Latin American politics under the microscope in this arresting thriller. An urban guerrilla group, outraged at the counterinsurgency and torture training clandestinely organized by the CIA in their country (unnamed in the film), abducts a U.S. official (Yves Montand) to bargain for the release of political prisoners; soon the kidnapping becomes a media sensation, leading to violence. Cowritten by Franco Solinas, the electrifying STATE OF SIEGE piercingly critiques the American government for supporting foreign dictatorships, while also asking difficult questions about the efficacy of radical violent acts to oppose such regimes. 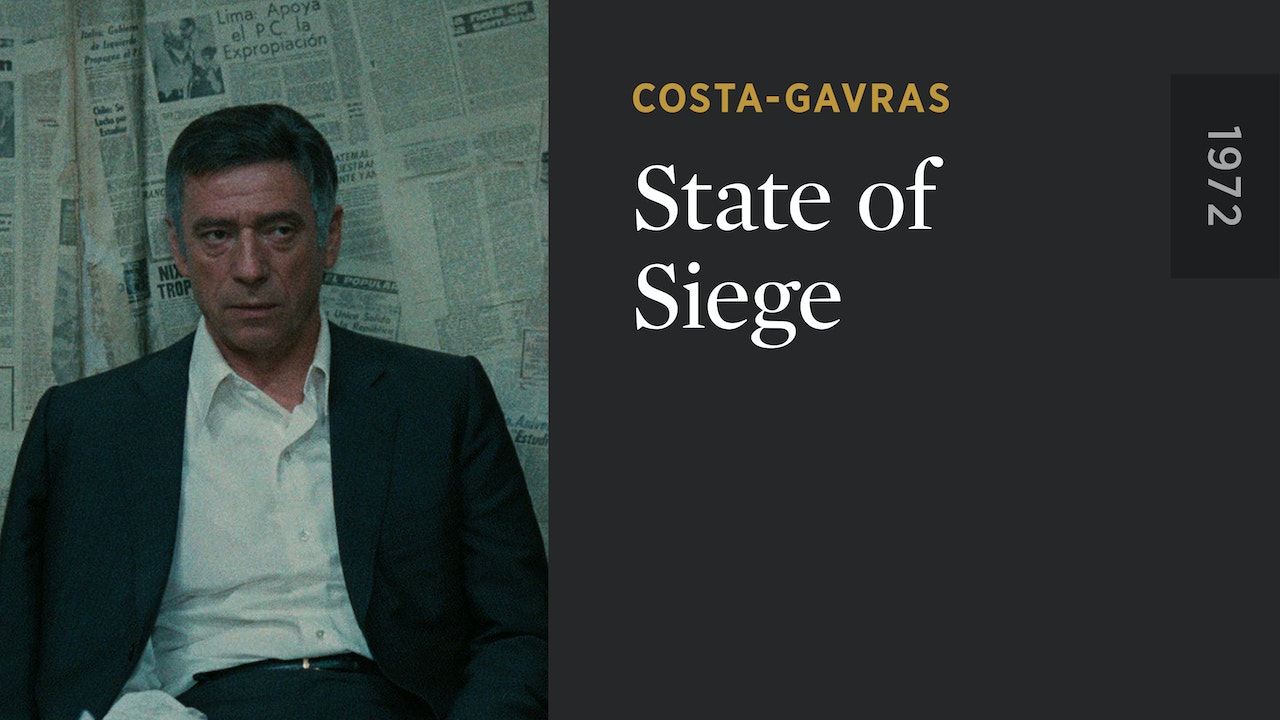