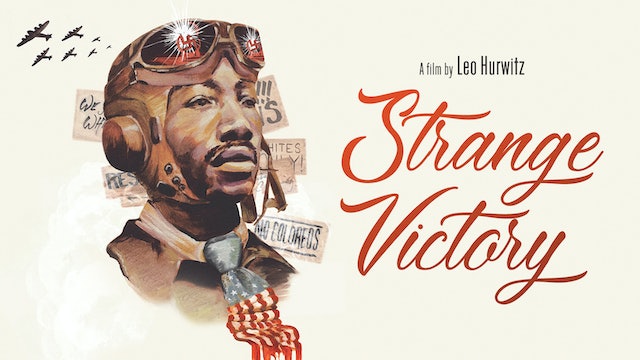 In 1945, the free world rejoiced over the defeat of fascism. But the sense of peace was short-lived, and as the Cold War began, the United States entered a period of national paranoia and political repression. In response, boundary-pushing publisher and producer Barney Rosset and director Leo Hurwitz joined forces to create STRANGE VICTORY. This rarely seen, stylistically bold documentary equals the visual brilliance of landmark works like BATTLESHIP POTEMKIN and I AM CUBA while delivering an extraordinary cry for equality and justice. Skillfully combining real-life footage of World War II combat, postwar refugees, and the Nuremberg trials with powerful dramatic reenactments, Hurwitz weaves an extraordinary cinematic portrait of postwar American fascism. How could it be, the film asks, that servicemen returning home from defeating a racist and genocidal enemy found a United States plagued by prejudice, Jim Crow, anti-Semitism, anti-Catholicism, and xenophobia?