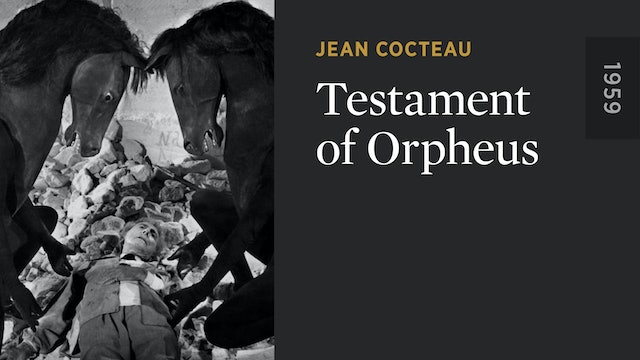 In his last film, legendary writer/artist/filmmaker Jean Cocteau portrays an eighteenth-century poet who travels through time on a quest for divine wisdom. In a mysterious wasteland, he meets several symbolic phantoms that bring about his death and resurrection. With an eclectic cast that includes Pablo Picasso, Jean-Pierre Leáud, Jean Marais, and Yul Brynner, TESTAMENT OF ORPHEUS brings full circle the journey Cocteau began in THE BLOOD OF A POET, an exploration of the torturous relationship between the artist and his creations. 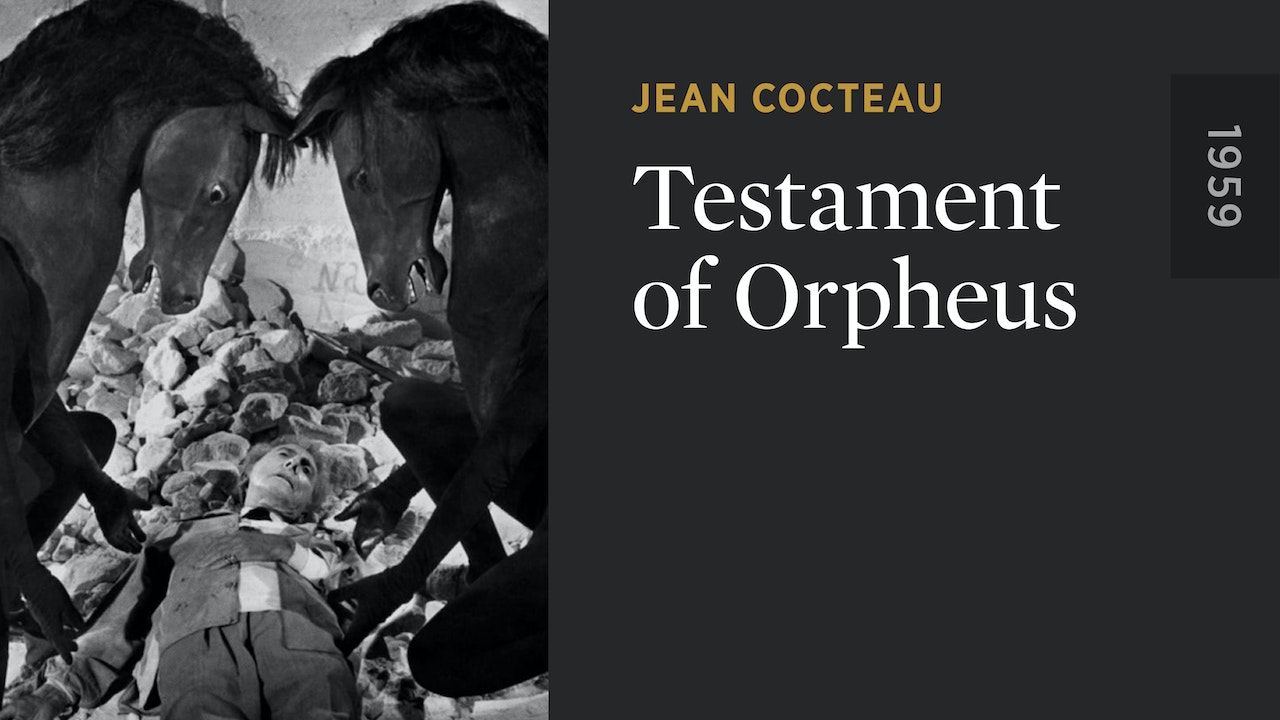