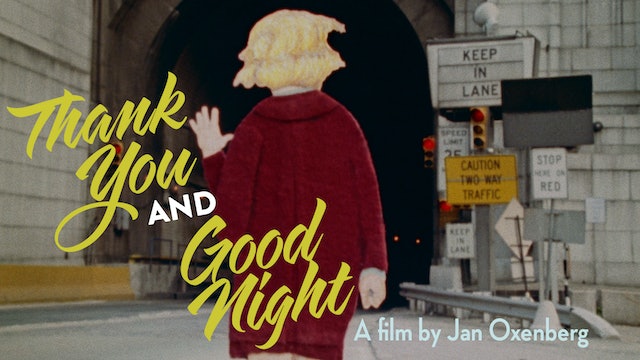 Thank You and Good Night

A lost-and-found revelation from indie film and TV maverick Jan Oxenberg is a docu-fantasy narrative focused on the filmmaker’s hilarious, messy, Jewish family as they prepare to say goodbye to someone they love. Narrated by a cardboard cutout of Oxenberg’s scowling child self, THANK YOU AND GOOD NIGHT takes us on a journey through the proceedings, attempting to defeat death and never say goodbye. An early Sundance hit but virtually unseen for decades, the film reemerges as a singular, uncategorizable exploration of the meaning of life, death, and the tangled stuff that is a family. In this poignant, hilarious, and complex reflection on letting go, Oxenberg innovatively transforms personal tragedy into universally resonant art that is now claiming its rightful place as a classic of independent cinema.