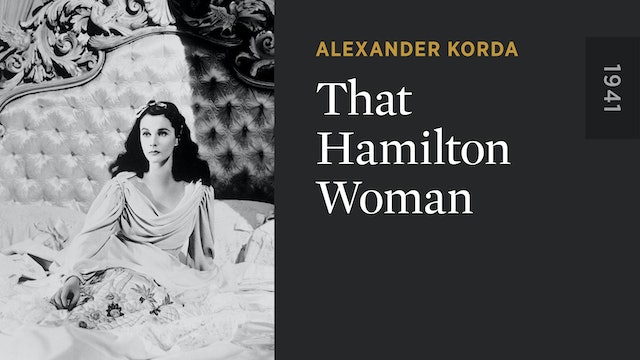 One of cinema’s most dashing duos, real-life spouses Vivien Leigh and Laurence Olivier live their greatest on-screen romance in this visually dazzling tragic love story from legendary producer-director Alexander Korda. Set against the backdrop of the Napoleonic Wars of the late eighteenth century, THAT HAMILTON WOMAN is a gripping account of the scandalous adulterous affair between the British Royal Navy officer Lord Horatio Nelson and the renowned beauty Emma, Lady Hamilton, the wife of a British ambassador. With its grandly designed sea battles and formidable star performances, THAT HAMILTON WOMAN (Winston Churchill’s favorite movie, which he claimed to have seen over eighty times) brings history to vivid, glamorous life. 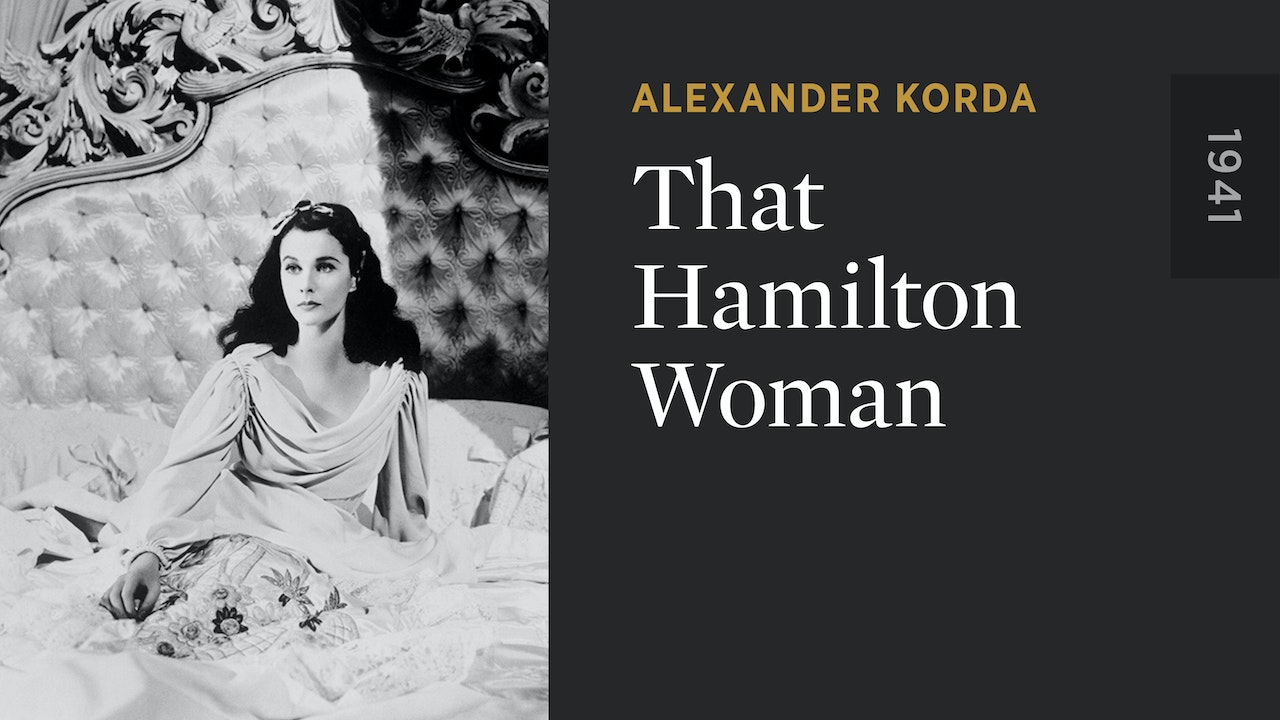