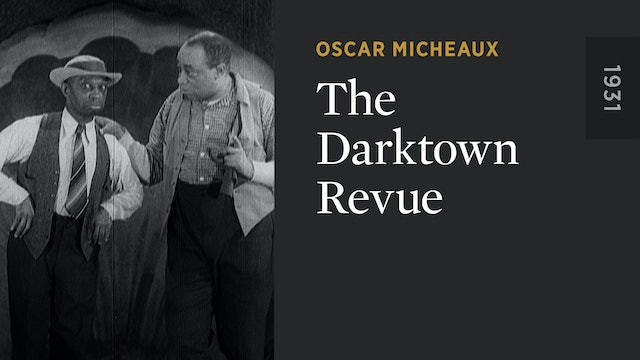 As a filmmaker, Oscar Micheaux was something of a firebrand, but his attitudes and methods were anything but predictable—often leveling criticism at certain strata of the African American community. His most outrageous film is a traditional minstrel show—an olio of broad comedy and choral interludes. It is an acknowledgement of minstrelsy as a defining tradition of African American stage performance (see also the blackface routines in Micheaux’s TEN MINUTES TO LIVE). If nothing else, THE DARKTOWN REVUE is an invaluable historical document for recording on film the “Hard Shell Sermon” routine popularized by turn-of-the-century minstrel performer Amon Davis. But there is something else. True to form, Micheaux’s depiction of a minister is not flattering. Davis’s comic sermon of gibberish is a scathing satire of charismatic religion, made even more troubling by the fact that it is performed by a black man in blackface. By the same token, one cannot help but wonder if Micheaux was further provoking his audience by having the uplifting Donald Heywood choir open the film with a rendition of “Watermelon Time.” 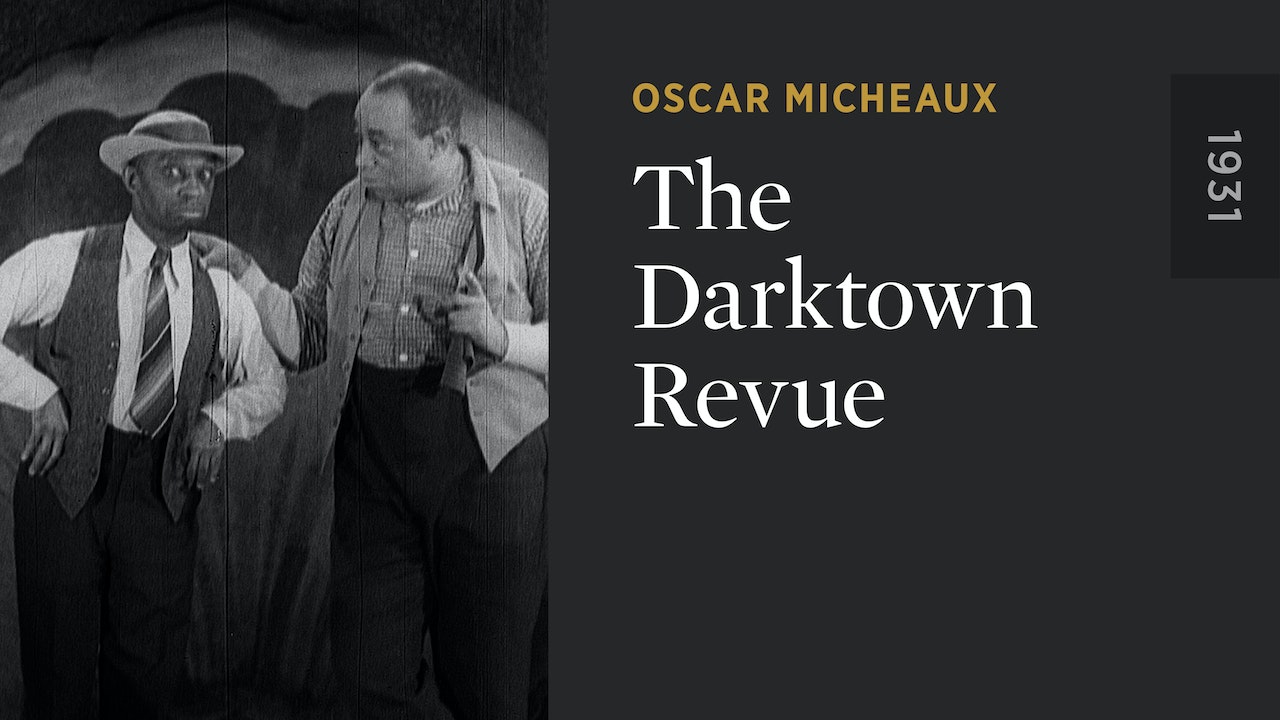