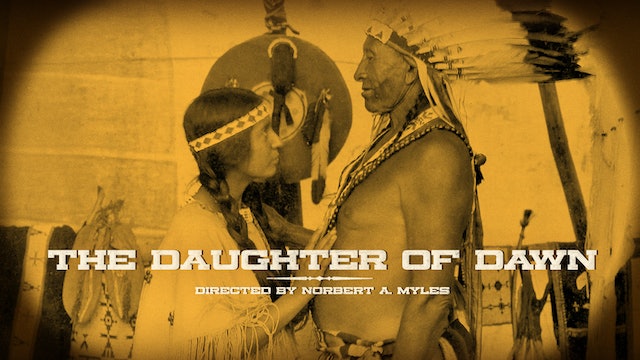 The Daughter of Dawn

Shot in 1920 in the Wichita Mountains of southwest Oklahoma with a cast entirely made up of members of the Comanche and Kiowa tribes, THE DAUGHTER OF DAWN screened publicly only twice before disappearing without a trace for nearly a century. Rediscovered and restored, this large-scale vision of Comanche and Kiowa life is a revelation. The story, played by a sprawling cast of three hundred Native Americans, includes a romantic rivalry, buffalo hunts, a battle, village scenes, dances, deceit, courage, hand-to-hand combat, and even a happy ending. The Indigenous actors, who in 1920 had been living on reservations for less than sixty years, brought with them their own tipis, horses, clothing, and material culture. Subtly acted, beautifully photographed, and directed without melodrama by Norbert A. Myles, this nearly lost landmark stands with the best films of the period.