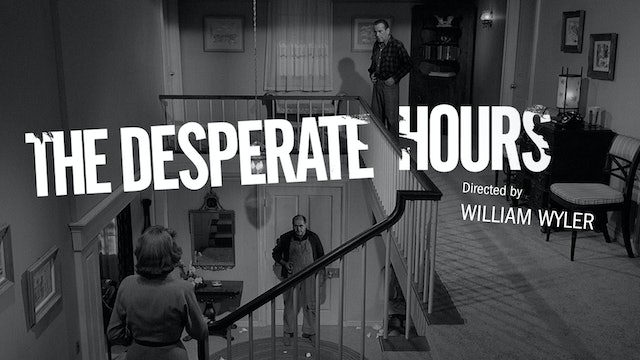 The idyllic image of 1950s suburban American is startlingly upended in this gripping thriller, adapted from a play by Joseph Hayes (which was inspired by true events) and masterfully directed by William Wyler. In his penultimate screen performance, Humphrey Bogart stars as the ruthless leader of a trio of escaped convicts who hold an Indianapolis family hostage over the course of a nightmarish multiday ordeal. Fredric March is the desperate father who must walk a fine line between placating his captors and saving his family.