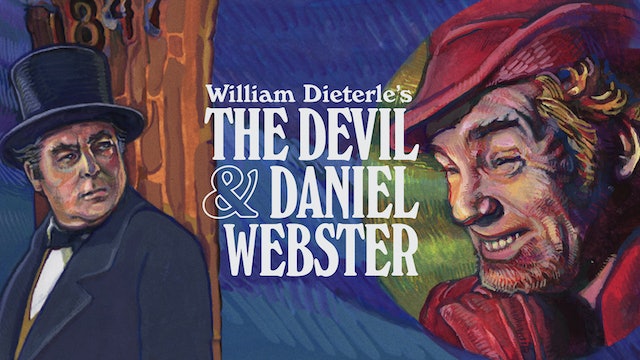 The Devil and Daniel Webster

Jabez Stone is a hard-working farmer trying to make an honest living, but a streak of bad luck tempts him to do the unthinkable: bargain with the Devil himself. For seven years of good fortune, Stone promises “Mr. Scratch” his soul when the contract ends. When the troubled farmer begins to realize the error of his choice, he enlists the aid of the one man who might save him: the legendary orator and politician Daniel Webster. Directed with stylish flair by William Dieterle, THE DEVIL AND DANIEL WEBSTER brings the classic short story by Stephen Vincent Benét to life with inspired visuals, an unforgettable Oscar-winning score by Bernard Herrmann, and a truly diabolical performance from Walter Huston.