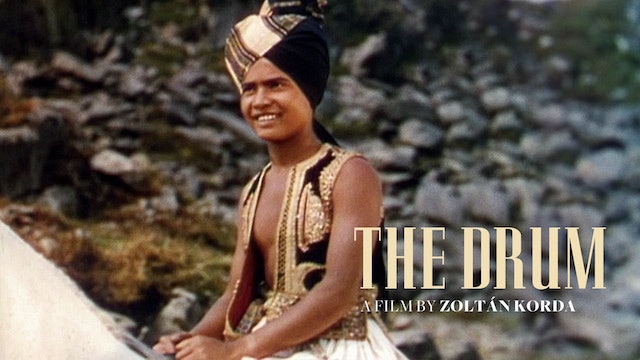 Zoltán Korda's charged adaptation of a novel by The Four Feathers author A. E. W. Mason features Sabu in his second film role, as the teenage Prince Azim, forced into hiding when his father, the ruler of a peaceful kingdom in northwest India, is assassinated by his own ruthless brother. Protected by a friendly British officer (Roger Livesey) and his wife (Valerie Hobson), and befriended by the regiment's drummer boy, Prince Azim ends up fighting with the colonialists against his dastardly uncle. This rousing adventure includes an exuberant performance by Sabu and spectacular Technicolor cinematography by Georges Périnal and Osmond Borradaile.