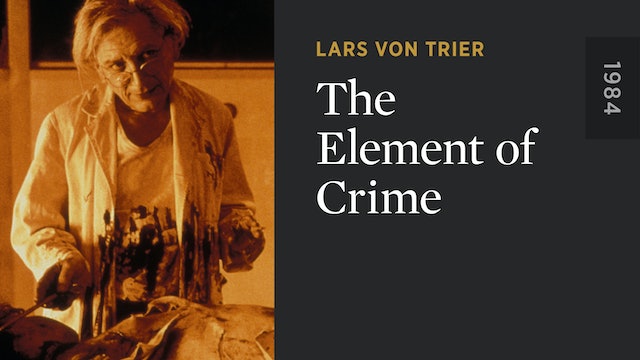 The Element of Crime

Lars von Trier’s stunning debut film is the story of Fisher, an exiled ex-cop who returns to his old beat to catch a serial killer with a taste for young girls. Influenced equally by Hitchcock and science fiction, von Trier (EUROPA, BREAKING THE WAVES, THE IDIOTS) boldly reinvents expressionist style for his own cinematic vision of a post-apocalyptic world. Shot in shades of sepia, with occasional, startling flashes of bright blue, THE ELEMENT OF CRIME (FORBRYDELSENS ELEMENT) combines dark mystery and operatic sweep to yield a pure celluloid nightmare. 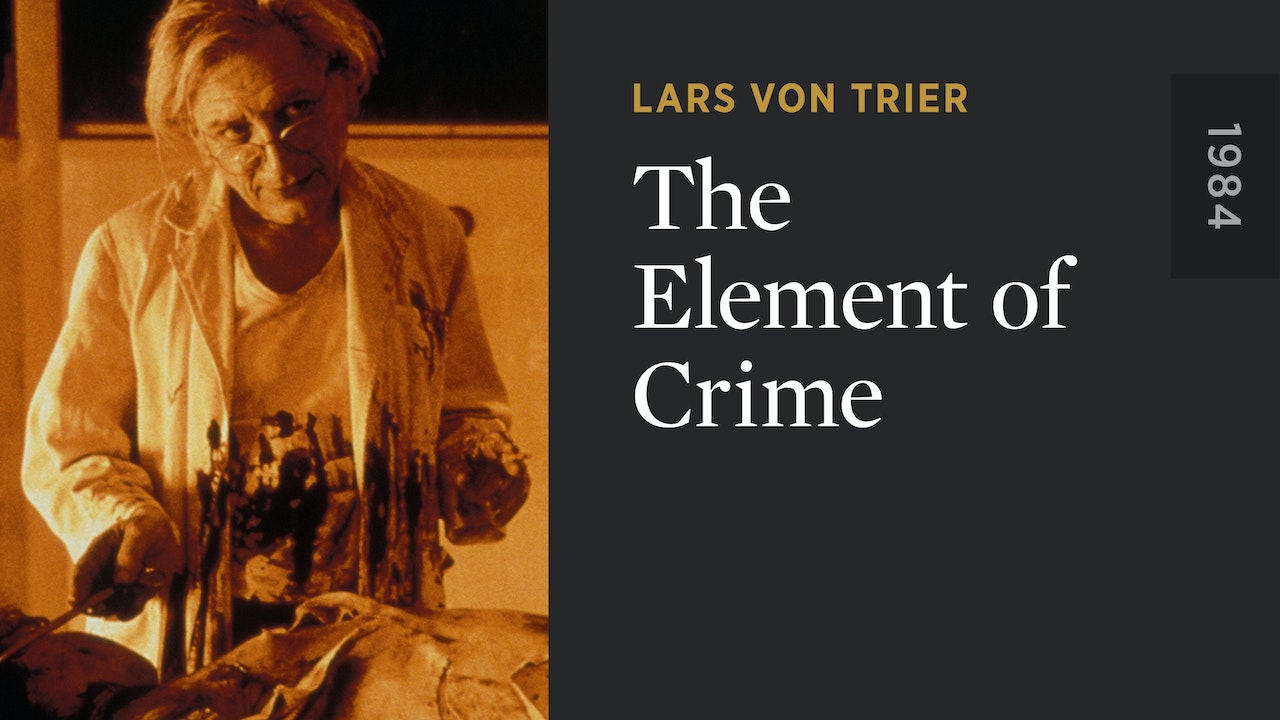