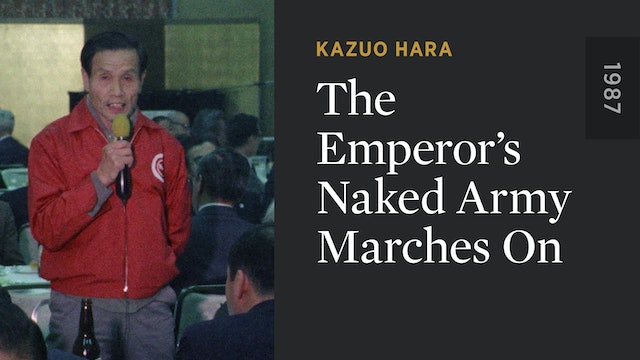 The Emperor's Naked Army Marches On

Made with a righteous political anger that anticipates the incendiary polemics of documentarians such as Michael Moore and Joshua Oppenheimer, Kazuo Hara’s most renowned film is a harrowing confrontation with one of Japanese history’s darkest chapters: the atrocities committed by the country’s military during World War II. Hara’s unforgettable subject and collaborator in THE EMPEROR’S NAKED ARMY MARCHES ON is Kenzo Okuzaki—a former soldier, convicted murderer, and defiantly anti-establishment agitator—who has made it his life’s mission to expose the crimes committed by Japanese officers against their own men while stationed in New Guinea. As the often-violent Okuzaki resorts to extreme measures in his crusade to find out the truth about what happened to two soldiers murdered by their commanders, what emerges is at once a shocking piece of investigative journalism, a courageous condemnation of militarism and blind obedience, and a riveting portrait of a single-minded man driven by a raw fury bordering on madness. 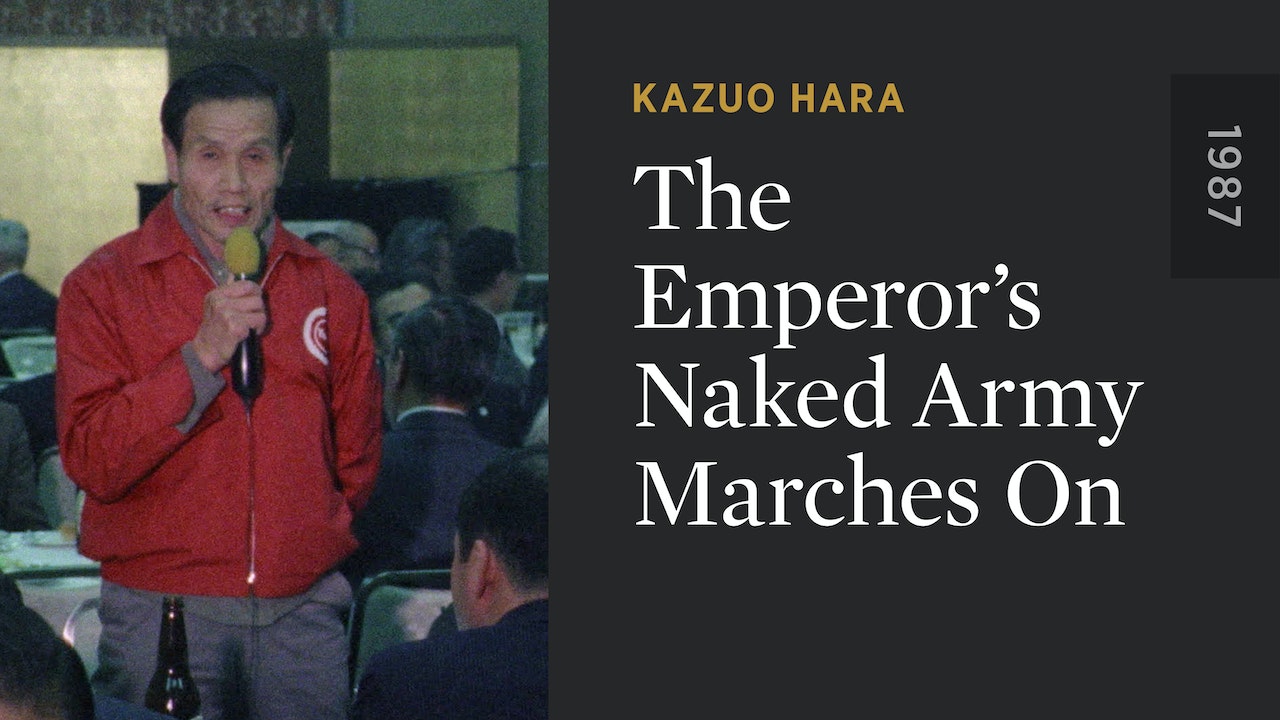