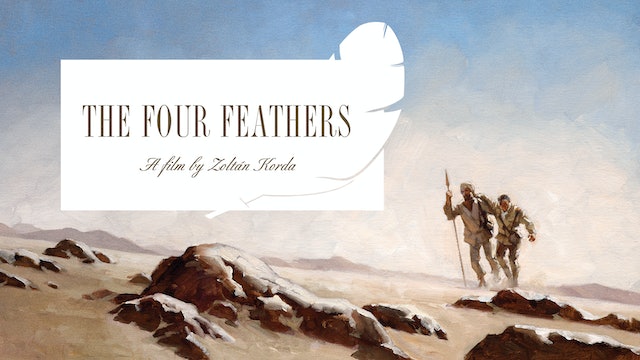 This Technicolor spectacular, directed by Zoltán Korda, is considered the finest of the many adaptations of A. E. W. Mason’s classic 1902 adventure novel about the British empire’s exploits in Africa, and a crowning achievement of Alexander Korda’s legendary production company, London Films. Set at the end of the nineteenth century, THE FOUR FEATHERS follows the travails of a young officer (John Clements) accused of cowardice after he resigns his post on the eve of a major deployment to Khartoum; he must then fight to redeem himself in the eyes of his fellow officers (including Ralph Richardson) and fiancée (June Duprez). Featuring music by Miklós Rózsa and Oscar-nominated cinematography by Georges Périnal and Osmond Borradaile, THE FOUR FEATHERS is a thrilling, thunderous epic.