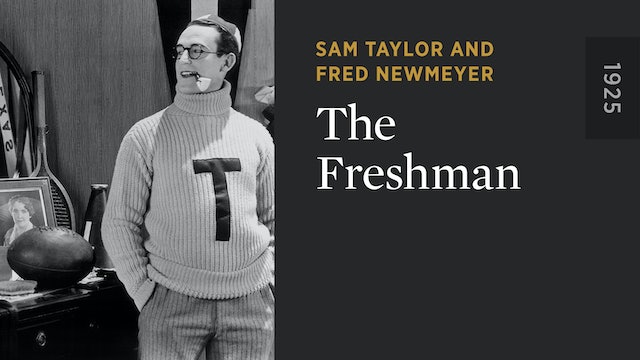 Harold Lloyd’s biggest box-office hit was this silent comedy gem, featuring the befuddled everyman at his eager best as a new college student. Though he dreams of being a big man on campus, the freshman’s careful plans inevitably go hilariously awry, be it on the football field or at the Fall Frolic. But he gets a climactic chance to prove his mettle—and impress the sweet girl he loves—in one of the most famous sports sequences ever filmed. This crowd-pleaser is a gleeful showcase for Lloyd’s slapstick brilliance and incandescent charm, and it is accompanied here by a new orchestral score by Carl Davis. 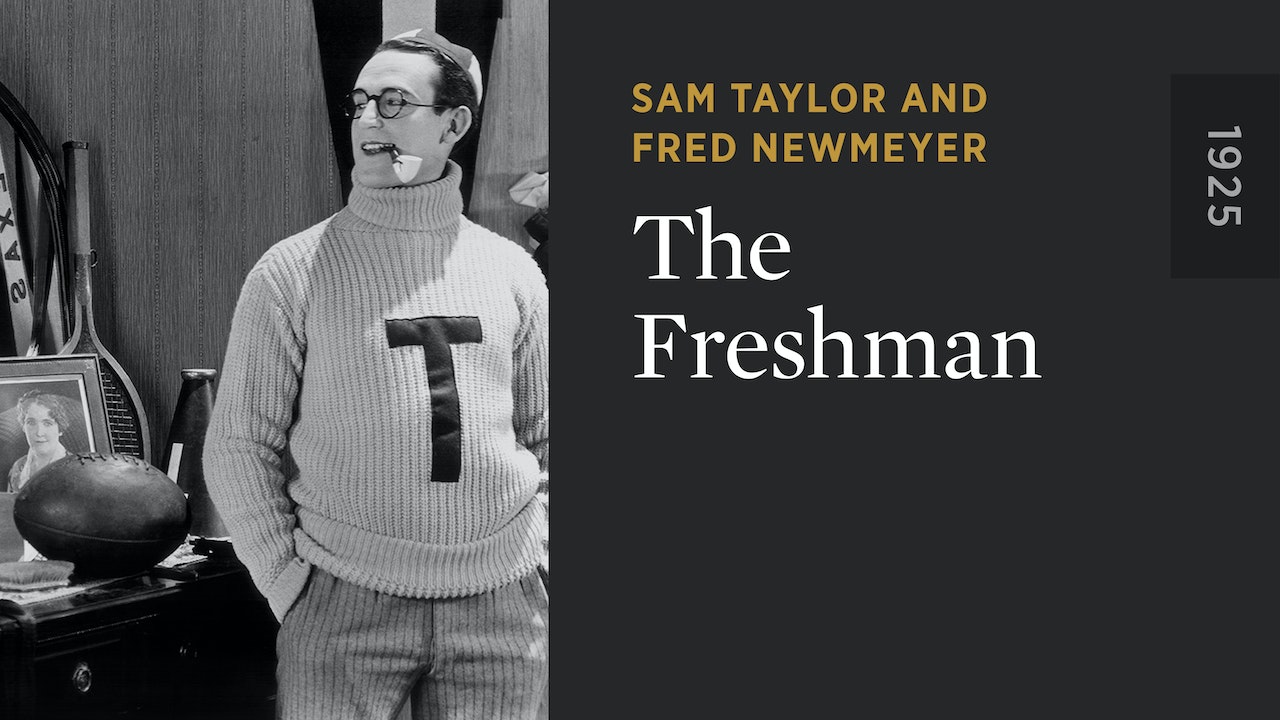