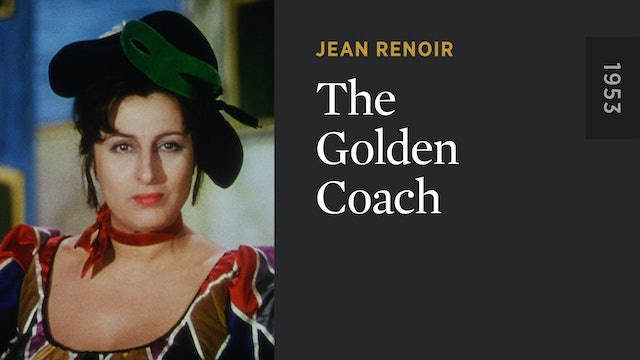 THE GOLDEN COACH (LE CARROSSE D’OR) is a ravishing eighteenth-century comic fantasy about a viceroy who receives an exquisite golden coach, and gives it to the tempestuous star of a touring commedia dell’arte company. Master director Jean Renoir’s sumptuous tribute to the theater, presented here in the English version he favored, is set to the music of Antonio Vivaldi and built around vivacious and volatile star Anna Magnani. 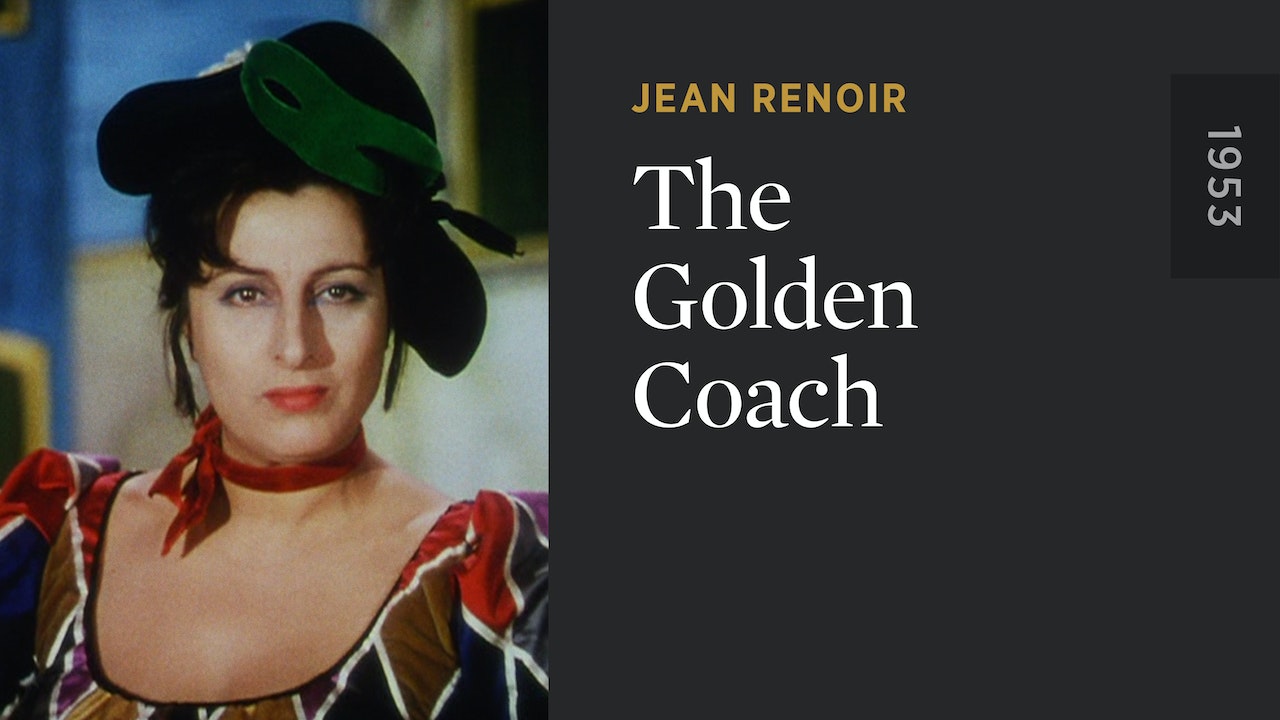