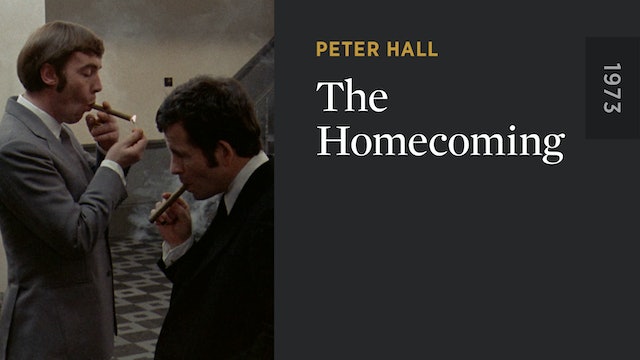 Director Peter Hall revisits his original stage triumph as a claustrophobic delirium that exploits the jagged tempos and seductive tensions of one of Harold Pinter’s greatest plays. In North London, an all-male beehive of inactivity is ruled with a foul mouth and an iron hand by the abusive Max (Paul Rogers) and his priggish brother Sam (Cyril Cusack). Rounding out the precision vulgarity of THE HOMECOMING’S “situation tragedy” are the sons: punch-drunk demolition man Joey (Terence Rigby) and conniving pimp Lenny (Ian Holm). When prodigal son Teddy (Michael Jayston) brings his wife (Vivien Merchant) home to meet his family for the first time, he gets far more and less than he bargained for as Pinter opens up a labyrinth of Freudian dread, venal family values, and naked neediness. 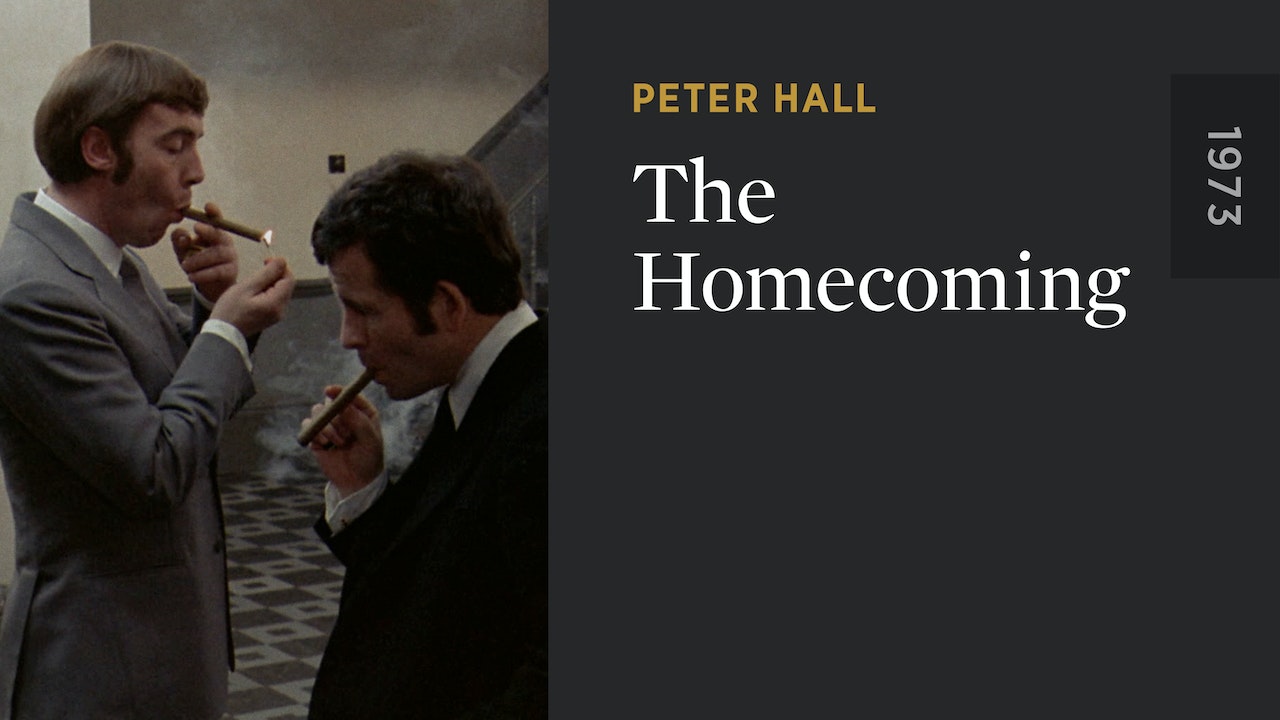