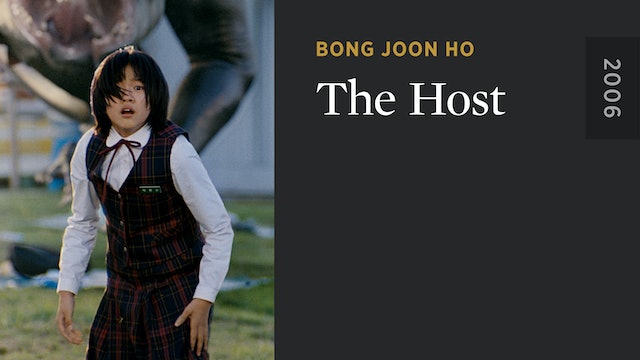 Equal parts creature-feature thrill ride and poignant human drama, Bong Joon Ho’s exhilarating international breakthrough jolted new life into the monster-movie formula with its bracing intelligence, audacious wit, and subversive political message. When a terrifying fish-like mutant emerges from the banks of Seoul’s Han River and snatches away his daughter, slow-witted snack-bar vendor Gang-du (Song Kang-ho) sets out to save her—but his quest grows even more perilous when he learns the truth about the origins of the creature known as the Host.