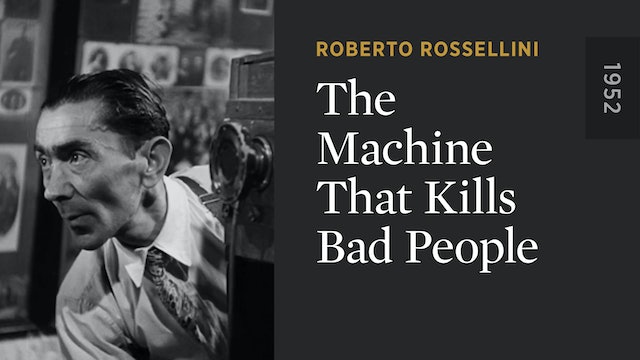 The Machine That Kills Bad People

Roberto Rossellini blends neorealism with fantasy in this offbeat comic fable, one of the titan director’s most unique and overlooked works. In a small fishing village on the Amalfi Coast, a stranger claiming to be Saint Andrea (or is he really a demon?) bestows a self-righteous photographer’s camera with the power to kill “evil-doers” simply by photographing an existing picture of them. Initially, the indignant photographer uses his new weapon to do away with the wealthy and corrupt who misuse their power—but soon he falls prey to the very amoral selfishness that he supposedly despises. 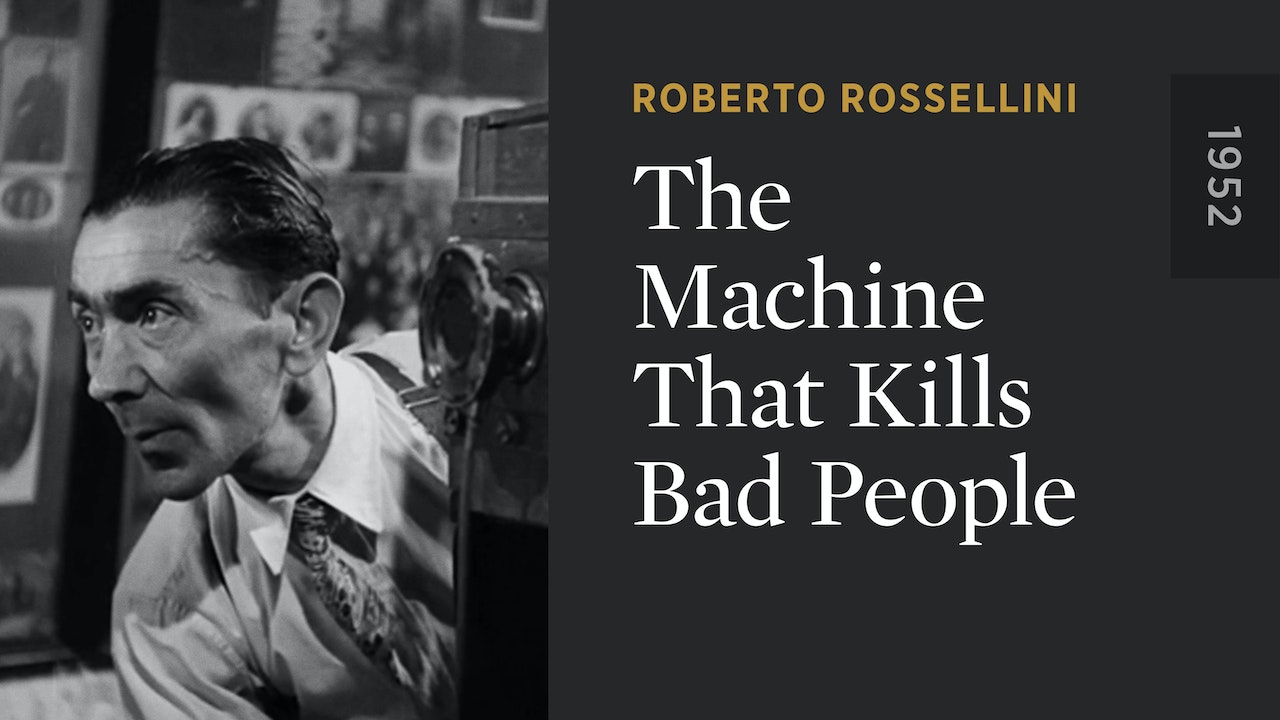