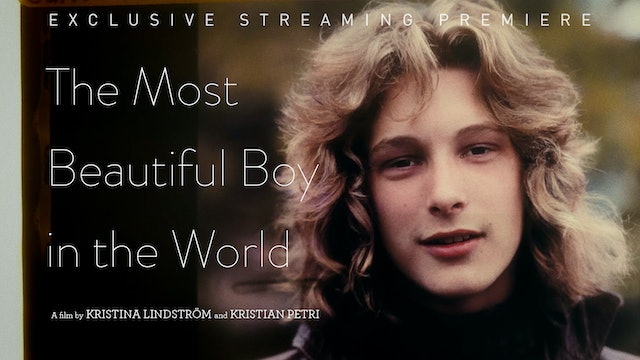 The Most Beautiful Boy in the World

THE MOST BEAUTIFUL BOY IN THE WORLD follows Björn Andrésen, who was propelled to international stardom at the age of fifteen based on his looks. In 1969, filmmaker Luchino Visconti scoured Europe looking for the perfect boy to personify absolute beauty in his adaptation of Thomas Mann’s “Death in Venice.” One year later, he discovered Björn, a shy Swedish teenager whose performance as Tadzio brought him overnight fame and led to a brief, intense, and turbulent odyssey that took him from the Lido in Venice to London, the Cannes Film Festival, and faraway Japan. At the London premiere of DEATH IN VENICE Visconti proclaimed his Tadzio “the world’s most beautiful boy.” Fifty years later, Björn takes us on a remarkable journey made of personal memories, cinema history, stardust, and tragedy in what could be his last attempt to finally get his life back on track.