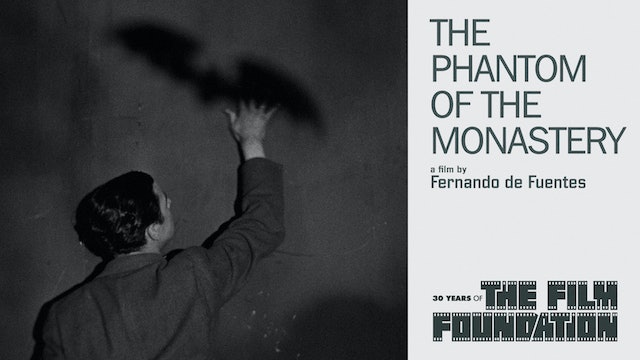 The Phantom of the Monastery

Lost in the forest, a trio of hikers enmeshed in an adulterous love triangle take refuge in a strange monastery that seems frozen in time. As bizarre portents—a bat-shaped shadow without a source, a door sealed by a crucifix, a cellar full of coffins—accumulate, they begin to fear that the place is haunted. With chiaroscuro camera work, expressionistic set design, and gothic atmosphere to burn, THE PHANTOM OF THE MONASTERY is one of the most influential Mexican horror films of all time, as well as a key triumph for director Fernando de Fuentes, considered by many to be the country’s most notable director of the 1930s.