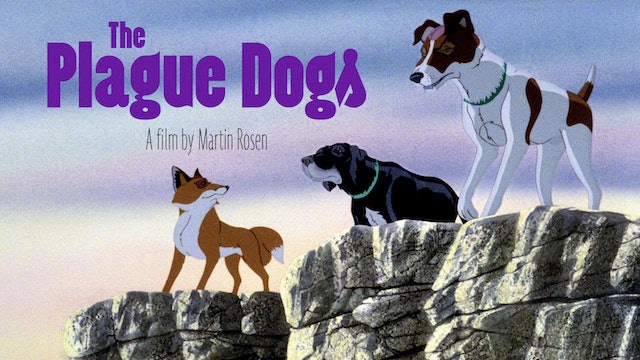 Two dogs embark on a perilous quest toward freedom in this heartrending animated adventure. Having already adapted WATERSHIP DOWN for the screen, director Martin Rosen turned to another classic novel by Richard Adams, this one perhaps even more harrowing. THE PLAGUE DOGS follows the journey of Rowf and Snitter, two laboratory testing dogs who escape from an inhumane research facility only to find themselves thrust into a harsh wilderness, where they are hunted at every turn by humans who believe they are carrying the plague. Animated with a dynamic realism that’s worlds removed from kid-friendly cuddliness, this hard-hitting fable is a haunting reflection on the search for liberty in an unforgiving world.