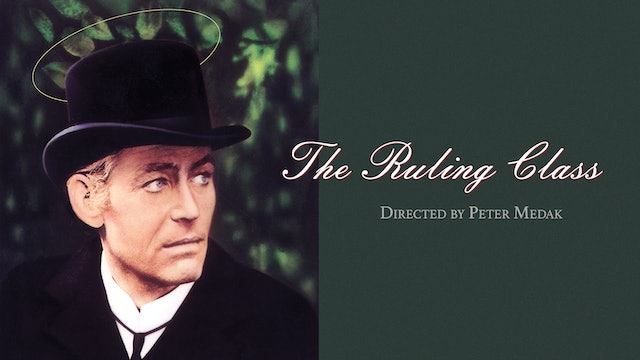 Peter O’Toole gives a tour-de-force performance as Jack, a man “cured” of believing he’s God—only to become Jack the Ripper incarnate. Based on Peter Barnes's irreverent play, this darkly comic indictment of Britain’s class system peers behind the closed doors of English aristocracy. Insanity, sadistic sarcasm, and black comedy—with just a touch of the Hollywood musical—are all featured in this beloved cult classic directed by Peter Medak.