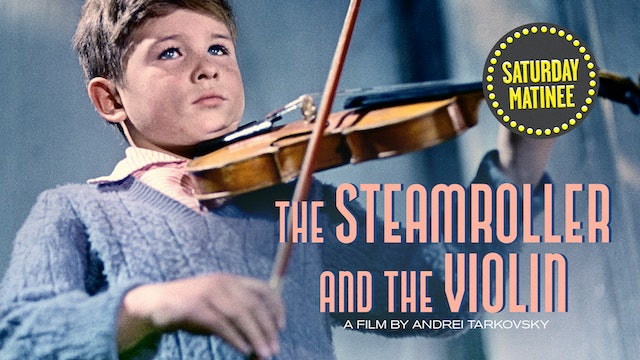 The Steamroller and the Violin

When Sasha, a seven-year-old violin protégé, meets Sergei, a steamroller working in his neighborhood, he starts to open up from his strictly imposed routine of practice. Made as a thesis film for the VGIK Soviet film school, this early work by Andrei Tarkovsky captures the sadness and joy of childhood with the keen perception and visual imagination of a master in the making.