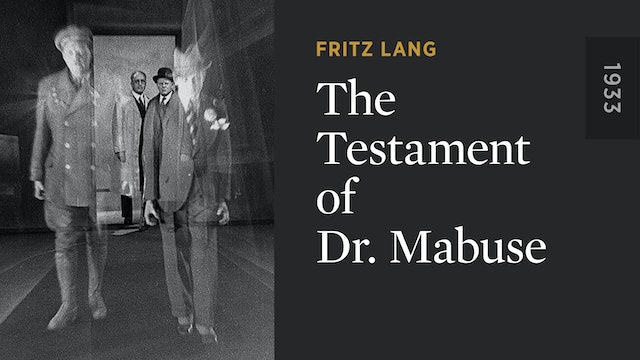 The Testament of Dr. Mabuse

Locked away in an asylum for a decade and teetering between life and death, the criminal mastermind Doctor Mabuse (Rudolf Klein-Rogge) has scribbled his last will and testament: a manifesto establishing a future empire of crime. When the document’s nefarious writings start leading to terrifying parallels in reality, it’s up to Berlin’s star detective, Inspector Lohmann (Otto Wernicke, reprising his role from M) to connect the most fragmented, maddening clues in a case unlike any other. A sequel to his enormously successful silent film DR. MABUSE: THE GAMBLER, Fritz Lang’s THE TESTAMENT OF DR. MABUSE reunites the director with the character that had effectively launched his career. Lang put slogans and ideas expounded by the Nazis into the mouth of a madman, warning his audience of an imminent menace, which was soon to become a reality. Nazi Minister of Information Joseph Goebbels saw the film as an instruction manual for terrorist action against the government and banned it for “endangering public order and security.” A landmark of mystery and suspense for countless espionage and noir thrillers to come, this is the complete, uncut original director’s version in a stunning new transfer. 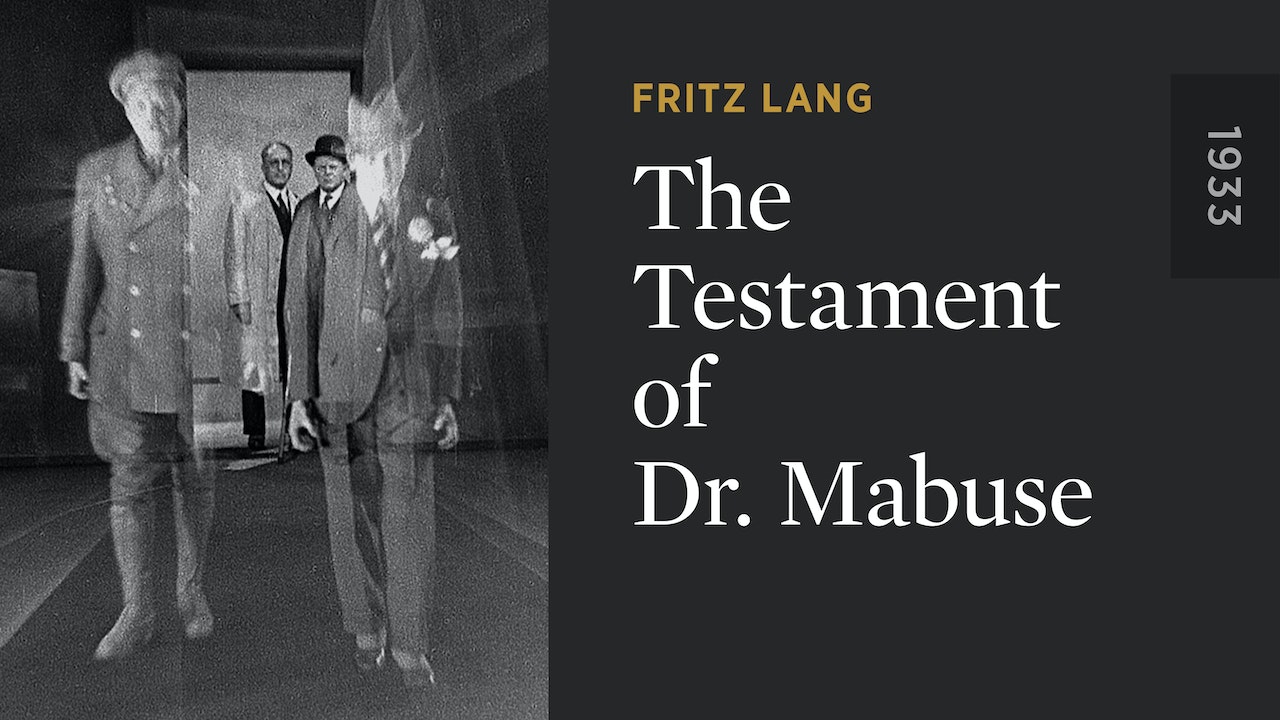