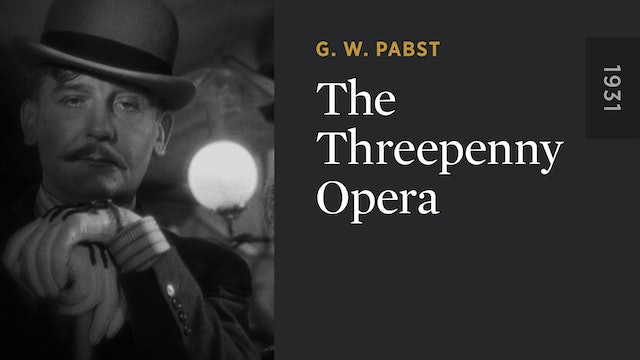 The sly melodies of composer Kurt Weill and the daring of dramatist Bertolt Brecht come together on-screen under the direction of German auteur G. W. Pabst (PANDORA’S BOX) in this classic adaptation of the Weimar-era theatrical sensation. Set in the impoverished back alleys of Victorian London, THE THREEPENNY OPERA follows underworld antihero Mackie Messer (a.k.a. Mack the Knife) as he tries to woo Polly Peachum and elude the authorities. With its palpable evocation of corruption and dread, set to Weill’s irresistible score, THE THREEPENNY OPERA remains a benchmark of early sound cinema. It is presented here in both its celebrated German and rare French versions. 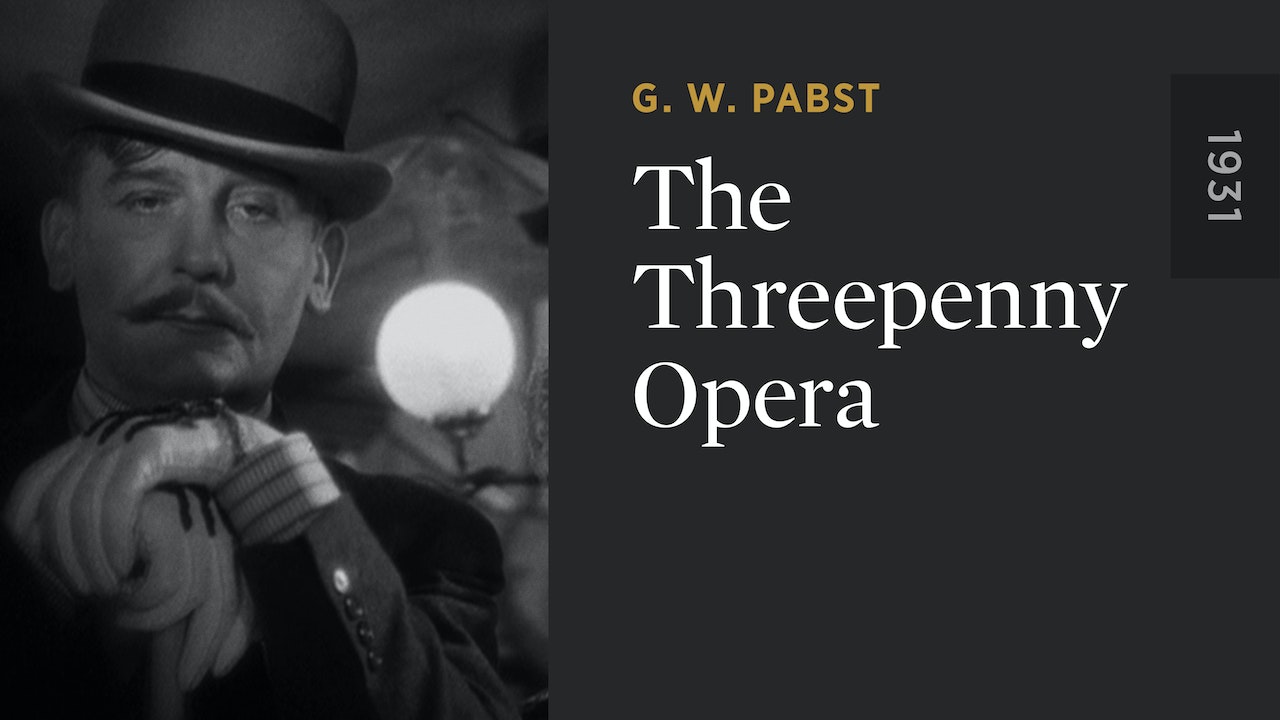