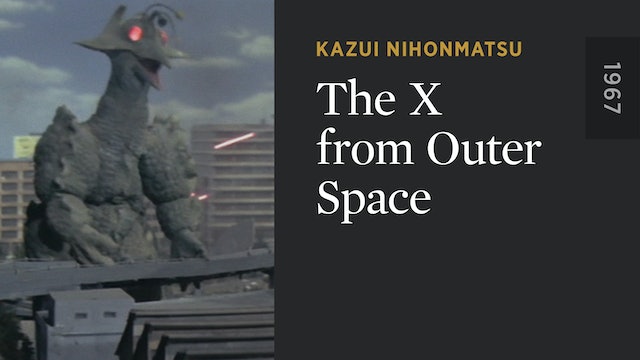 The X from Outer Space

When a crew of scientists returns from Mars with a sample of the space spores that contaminated their ship, they inadvertently bring about a nightmarish earth invasion. After one of the spores is analyzed in a lab, it escapes, eventually growing into an enormous, rampaging beaked beast. An intergalactic monster movie from longtime Shochiku stable director Kazui Nihonmatsu, The X from Outer Space was the first in the studio's short but memorable cycle of horror pictures. 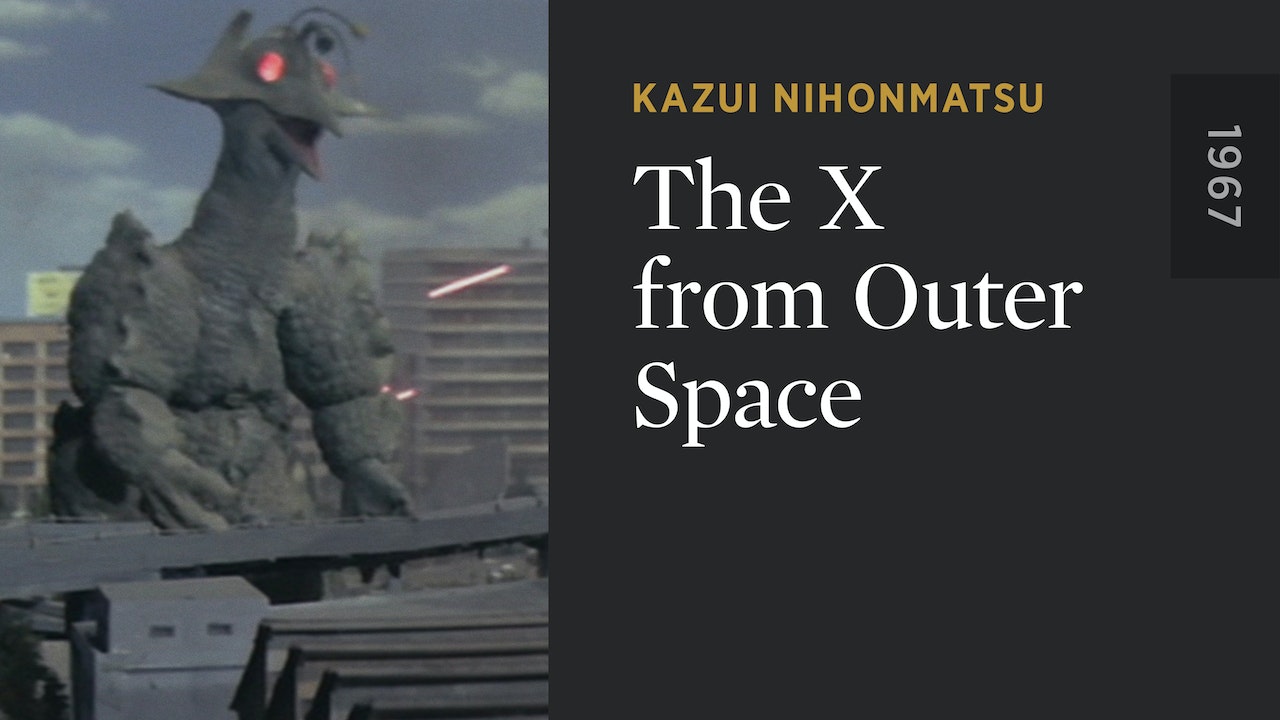