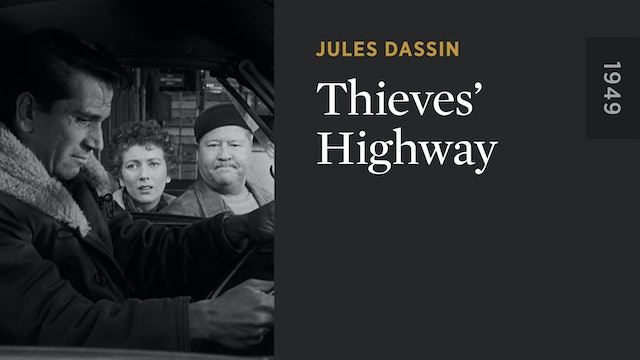 THIEVES’ HIGHWAY vividly depicts the perilous world of “long-haul boys,” who drive by night to bring their goods to the markets of America’s cities. Richard Conte stars as ex-GI Nick Garcos, a tyro trucker bent on satisfaction from the man responsible for crippling his father—ruthless market operator Mike Figlia (Lee J. Cobb). But when Figlia gets wise to his plan, Nick finds himself in a web of treachery and heartbreak. 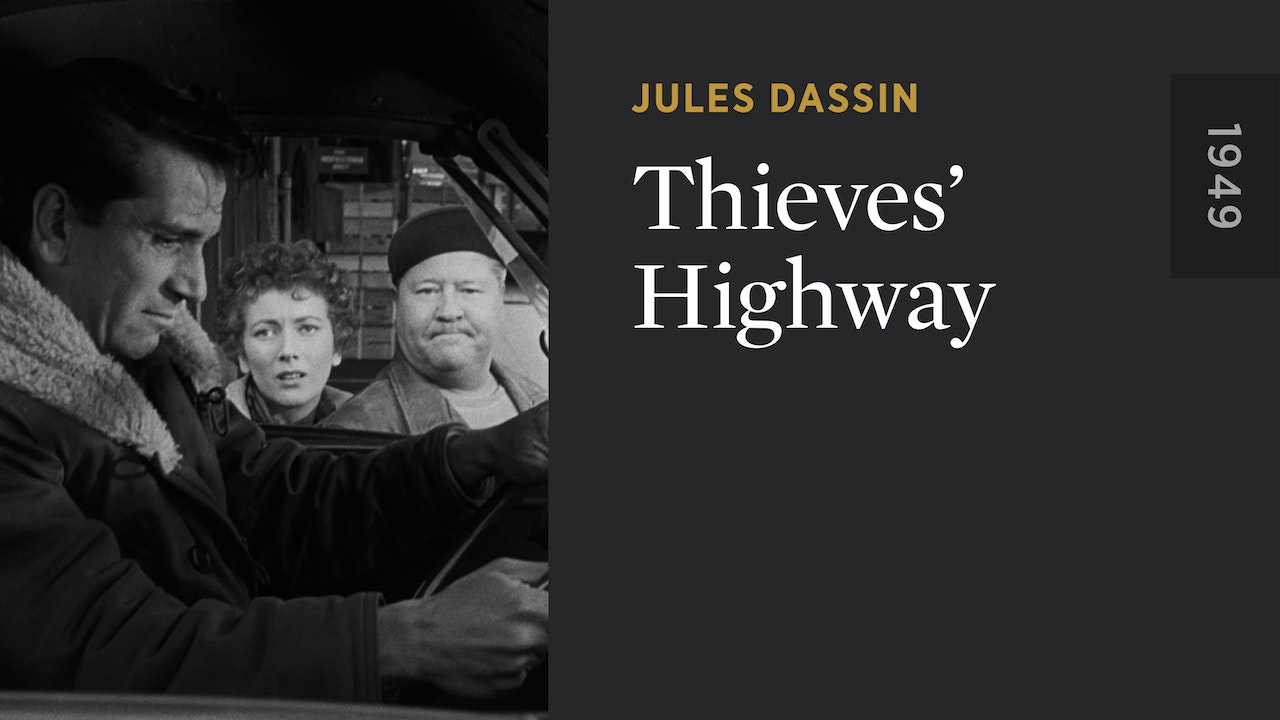