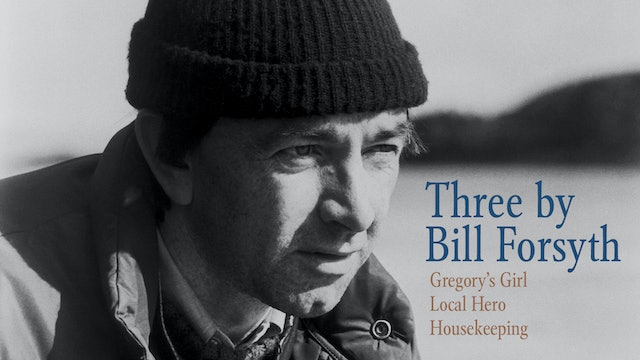 Charm, whimsy, and humanism abound in the lovably offbeat works of Bill Forsyth, a pivotal figure in Scottish cinema who led the revitalization of his country’s film industry in the 1980s. First coming to widespread attention with the endearing coming-of-age romance GREGORY’S GIRL, Forsyth went on to work with Burt Lancaster in the delightful fish-out-of-water comedy LOCAL HERO and made his American debut with a quirkily poetic adaptation of Marilynne Robinson’s HOUSEKEEPING. Though gently unassuming on the surface, Forsyth’s films reveal keen insights into human nature and resonate with bittersweet moral truths.