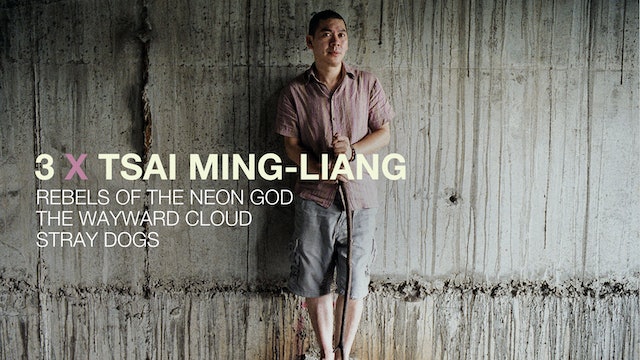 The most celebrated figure of the Second New Wave of Taiwanese cinema, boundary-pushing auteur Tsai Ming-liang charts the contours of contemporary alienation in mesmerizingly enigmatic works that are at once rigorously spare and richly sensuous. Spanning more than twenty years, this trio of some of Tsai’s most arresting films all star his regular leading man and alter ego Lee Kang-sheng, who inhabits, variously, a teenage delinquent drifting through an urban wasteland in the director’s debut feature, REBELS OF THE NEON GOD; a pornographic actor with a taste for watermelon in the daring, utterly unclassifiable musical extravaganza THE WAYWARD CLOUD; and a father struggling to survive on the fringes of a decaying, perpetually rain-soaked Taipei in STRAY DOGS. 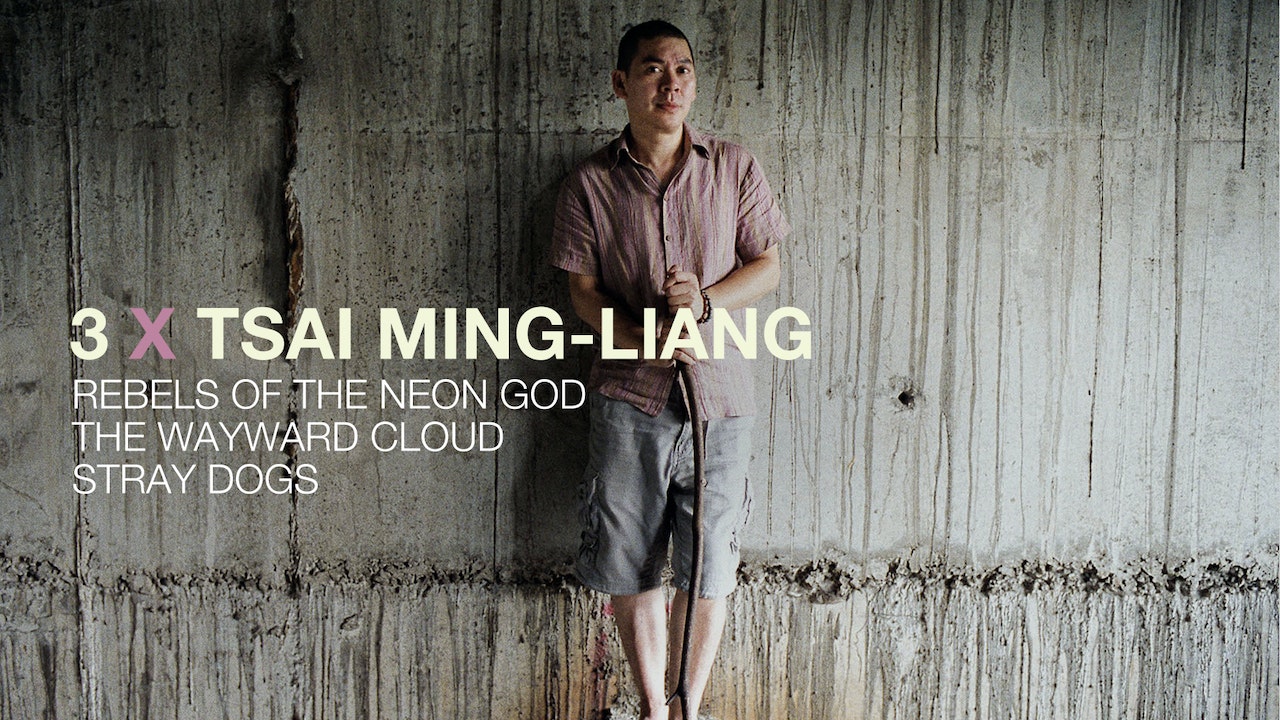