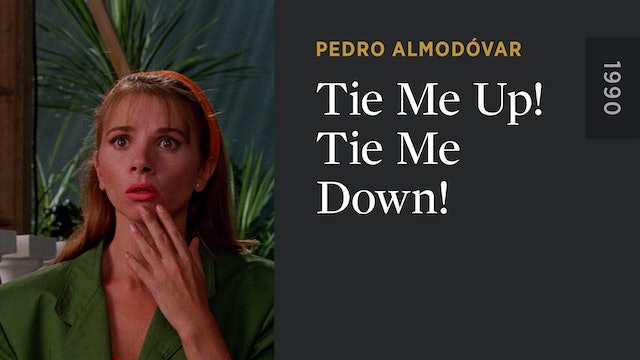 Pedro Almodóvar’s colorful and controversial tribute to the pleasures and perils of Stockholm syndrome, TIE ME UP! TIE ME DOWN! is a rambunctious dark comedy starring Antonio Banderas as an unbalanced but alluring ex-mental-patient and Victoria Abril as the B-movie and former porn star he takes prisoner in the hopes of convincing her to marry him. A highly unconventional romance that came on the spike heels of Almodóvar’s international sensation WOMEN ON THE VERGE OF A NERVOUS BREAKDOWN, this is a splashy, sexy central work in the career of one of the world’s most beloved and provocative auteurs, radiantly shot by the director’s great cinematographer, José Luis Alcaine. 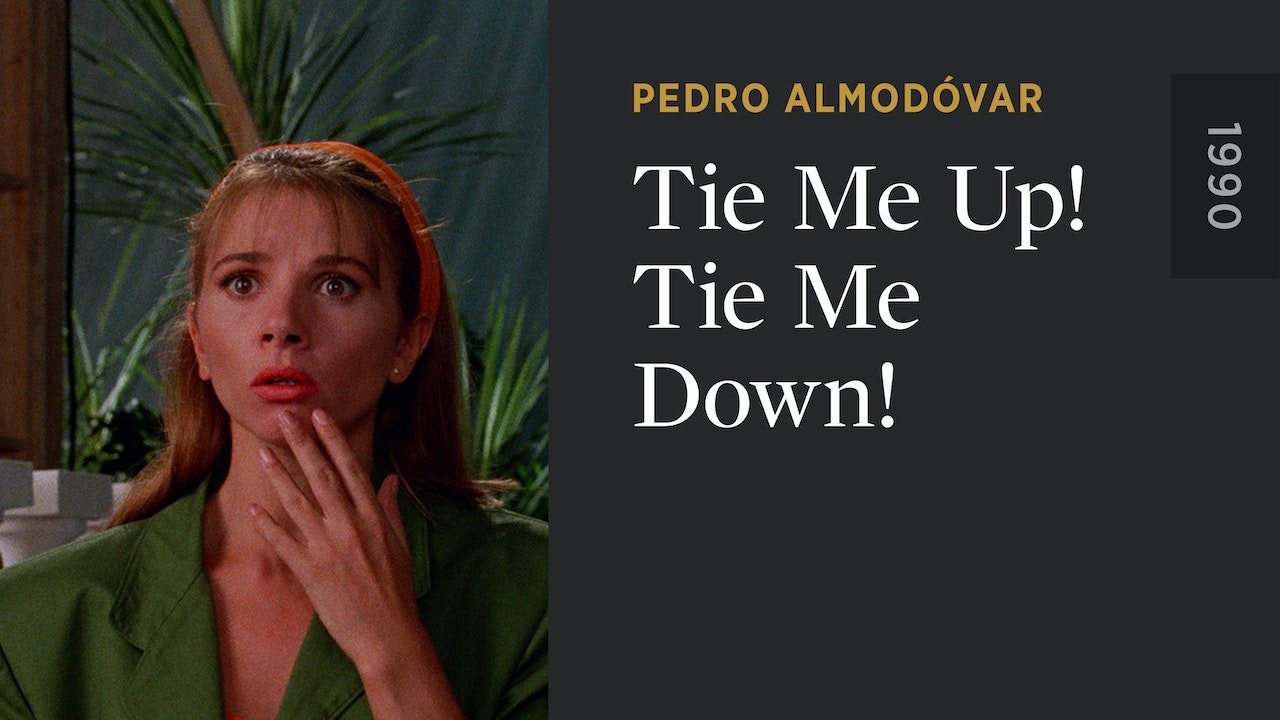