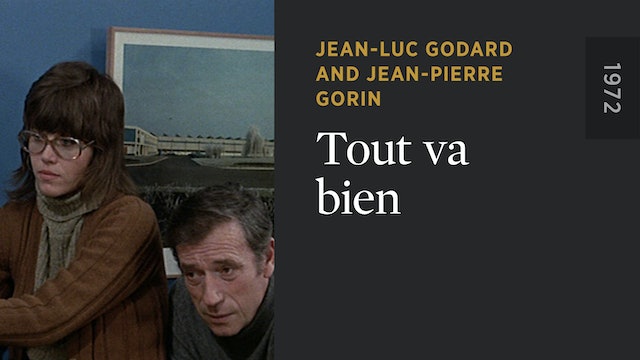 In 1972, newly radicalized Hollywood star Jane Fonda joined forces with cinematic innovator Jean-Luc Godard and collaborator Jean-Pierre Gorin in an unholy artistic alliance that resulted in TOUT VA BIEN (EVERYTHING’S ALL RIGHT). This free-ranging assault on consumer capitalism and the establishment left tells the story of a wildcat strike at a sausage factory as witnessed by an American reporter (Fonda) and her has-been New Wave film director husband (Yves Montand). The Criterion Collection is proud to present this masterpiece of radical cinema, a caustic critique of society, marriage, and revolution in post-1968 France. 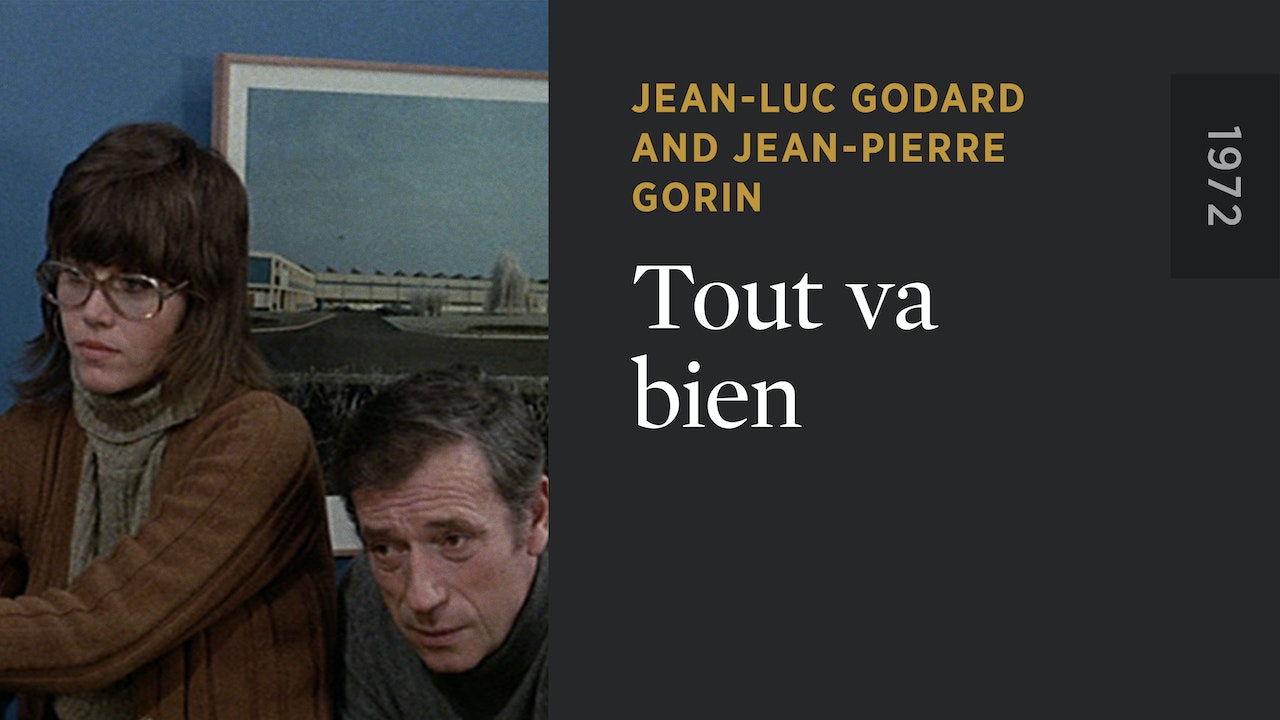