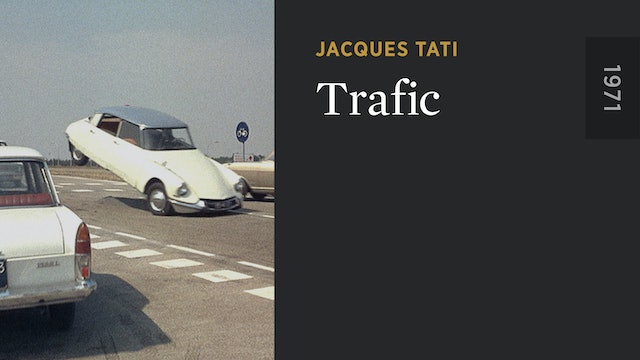 In Jacques Tati’s TRAFIC, the bumbling Monsieur Hulot, kitted out as always with tan raincoat, beaten brown hat, and umbrella, takes to Paris’s highways and byways. In this, his final outing, Hulot is employed as an auto company’s director of design, and accompanies his new product (a “camping car” outfitted with absurd gadgetry) to an auto show in Amsterdam. Naturally, the road there is paved with modern-age mishaps. This late-career delight is a masterful demonstration of the comic genius’s expert timing and sidesplitting knack for visual gags, and a bemused last look at technology run amok. 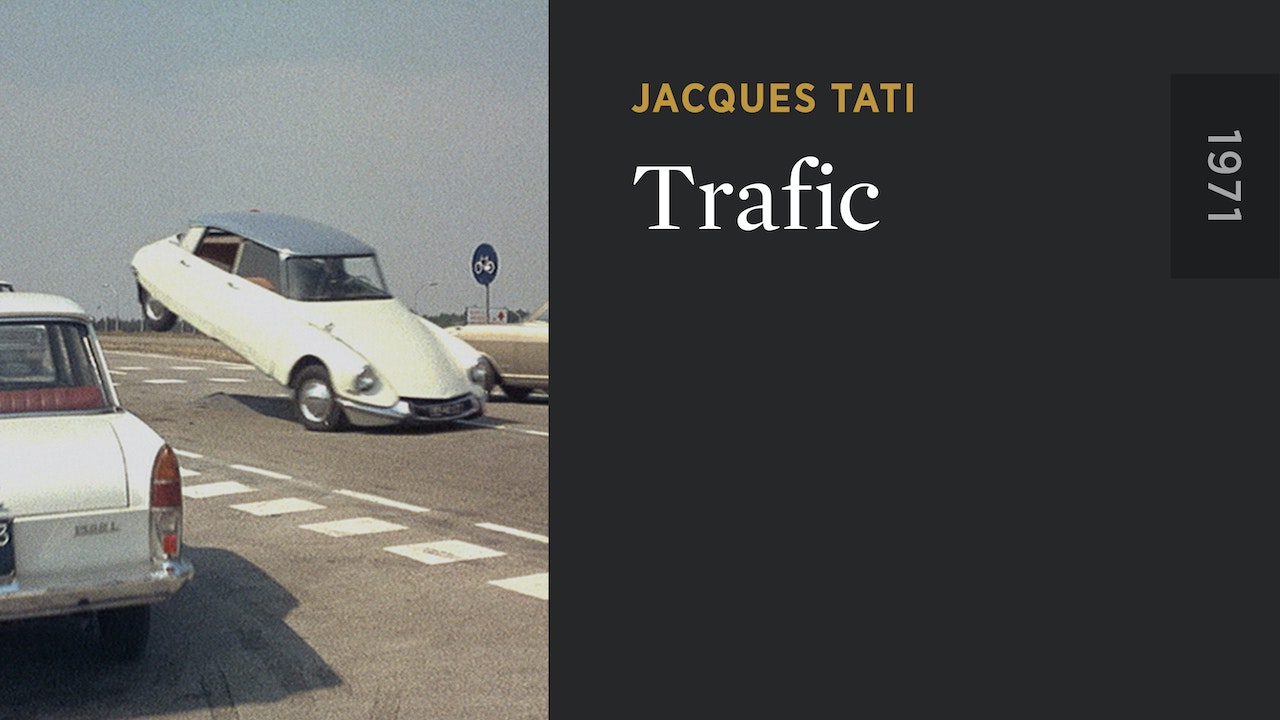