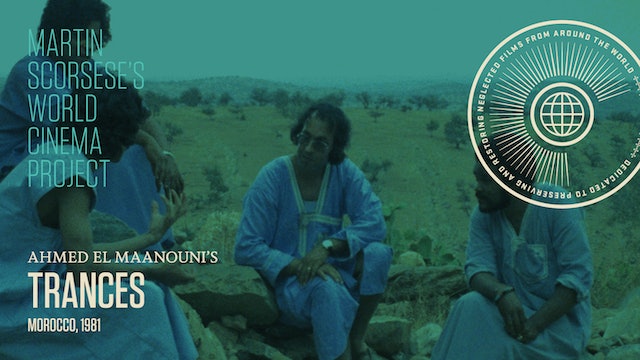 The beloved Moroccan band Nass El Ghiwane is the dynamic subject of this captivating musical documentary. Storytellers through song, with connections to political theater, the band became an international sensation (Western music critics have often referred to them as “the Rolling Stones of North Africa”) thanks to their political lyrics and sublime, fully acoustic sound, which draws on the Moroccan trance music tradition. Both a concert movie and a free-form audiovisual experiment, Ahmed El Maânouni's TRANCES is cinematic poetry.