In the early 1970s, the great Italian poet, philosopher, and filmmaker Pier Paolo Pasolini brought to the screen a trio of masterpieces of medieval literature—Giovanni Boccaccio’s “The Decameron,” Geoffrey Chaucer’s “The Canterbury Tales,” and “The Thousand and One Nights” (often known as “The Arabian Nights”)—and in doing so created his most uninhibited and extravagant work. In this brazen and bawdy triptych, the director set out to challenge modern consumer culture and celebrate the uncorrupted human body, while commenting on contemporary sexual and religious mores and hypocrisies. Filled with scatological humor and a rough-hewn sensuality that leave all modern standards of decency behind, these are carnal, provocative, and wildly entertaining films, all extraordinarily designed by Dante Ferretti and featuring evocative music by Ennio Morricone. 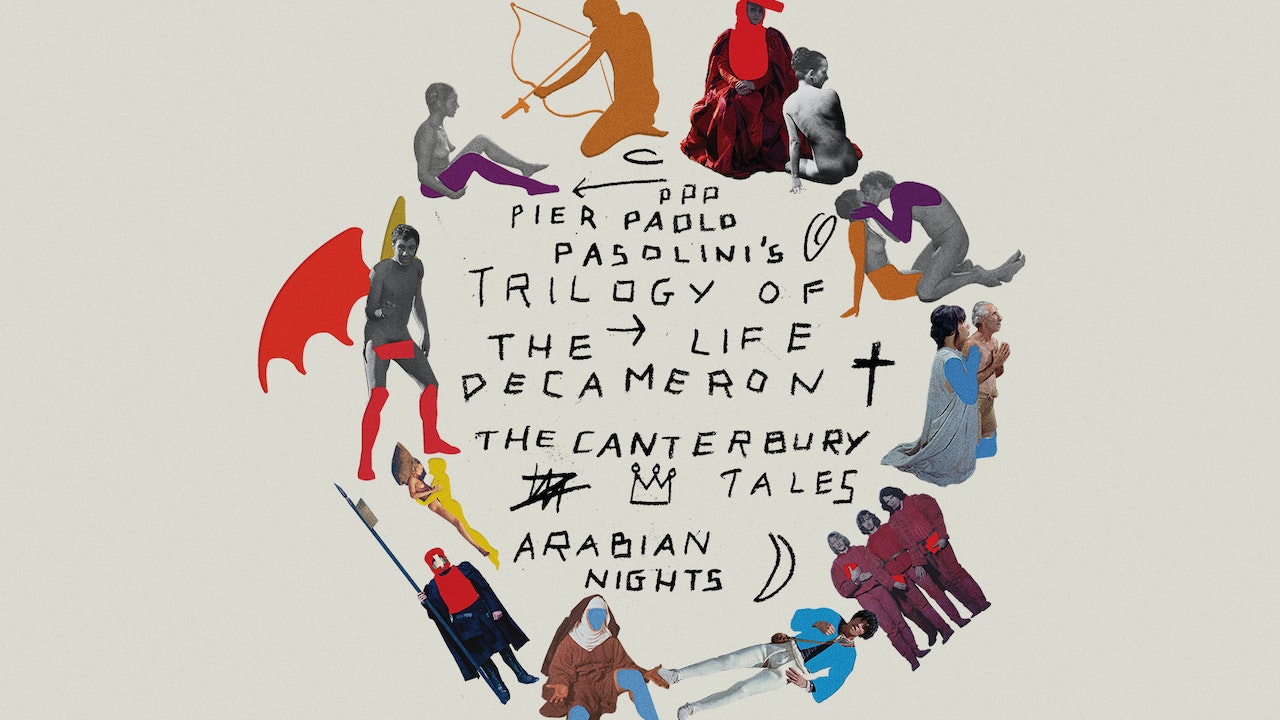