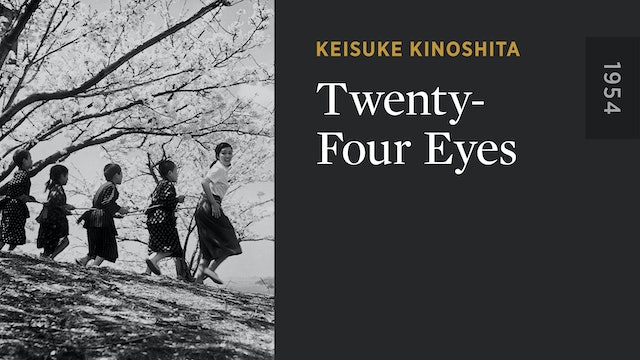 Keisuke Kinoshita’s TWENTY-FOUR EYES (NIJUSHI NO HITOMI) is an elegant, emotional chronicle of a teacher’s unwavering commitment to her students, her profession, and her sense of morality. Set in a remote, rural island community and spanning decades of Japanese history, from 1928 through World War II and beyond, Kinoshita’s film takes a simultaneously sober and sentimental look at the epic themes of aging, war, and death, all from the lovingly intimate perspective of Hisako Oshi (Hideko Takamine), as she watches her pupils grow and deal with life’s harsh realities. Though little known in the United States, TWENTY-FOUR EYES is one of Japan’s most popular and enduring classics. 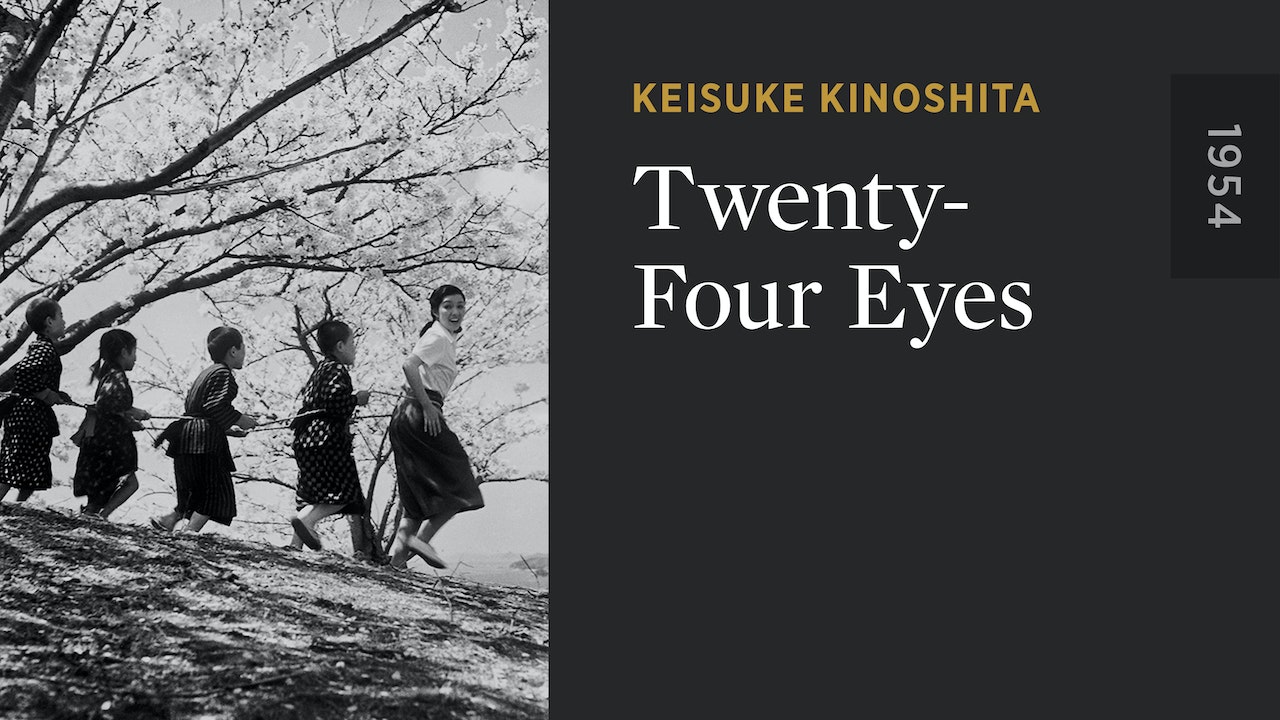