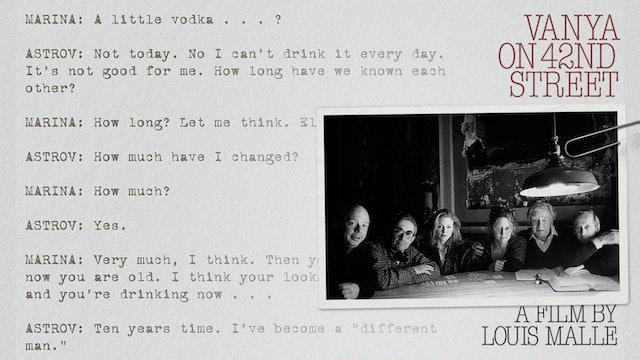 In the early nineties, theater director André Gregory mounted a series of spare, private performances of Anton Chekhov’s “Uncle Vanya” in a crumbling Manhattan playhouse. This experiment in pure theater—featuring a remarkable cast of actors, including Wallace Shawn, Julianne Moore, Brooke Smith, and George Gaynes—would have been lost to time had it not been captured on film, with subtle cinematic brilliance, by Louis Malle. VANYA ON 42ND STREET is as memorable and emotional a screen version of Chekhov’s masterpiece as one could ever hope to see. This film, which turned out to be Malle’s last, is a tribute to the playwright’s devastating work as well as to the creative process itself. 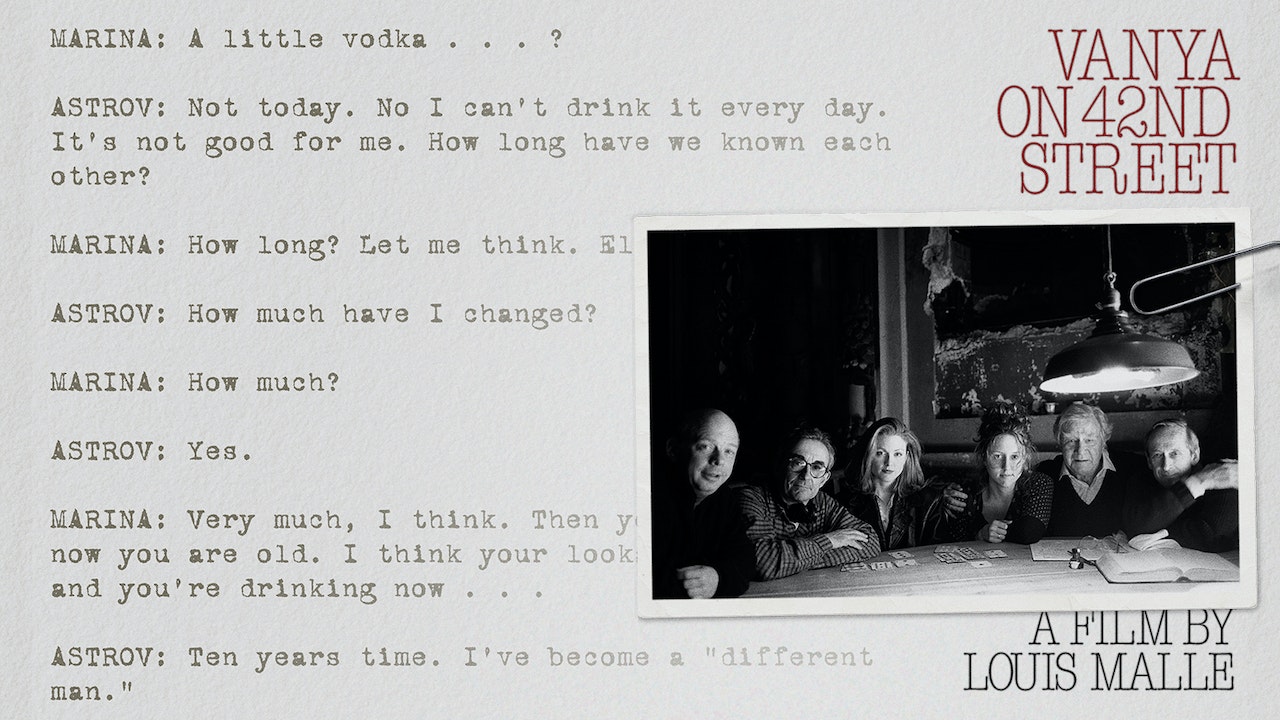