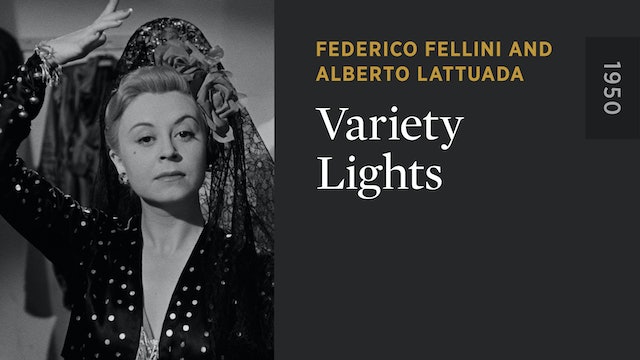 Made in collaboration with Alberto Lattuada, Federico Fellini’s directorial debut unfolds amid the colorful backdrop of a traveling vaudeville troupe whose quixotic impresario (Peppino De Filippo) is tempted away from his faithful mistress (Giulietta Masina) by the charms of an ambitious young dancer (Carla Del Poggio). Though the details of what the division of duties was between the two directors are unclear, this lively backstage capriccio is unmistakably Felliniesque in its whimsical fascination with the heightened reality, carnivalesque characters, and exotic allure of the world of show business. In the first of her celebrated collaborations with her director husband, Giulietta Masina displays the spirited vulnerability that would soon become an archetype of cinematic emotiveness. 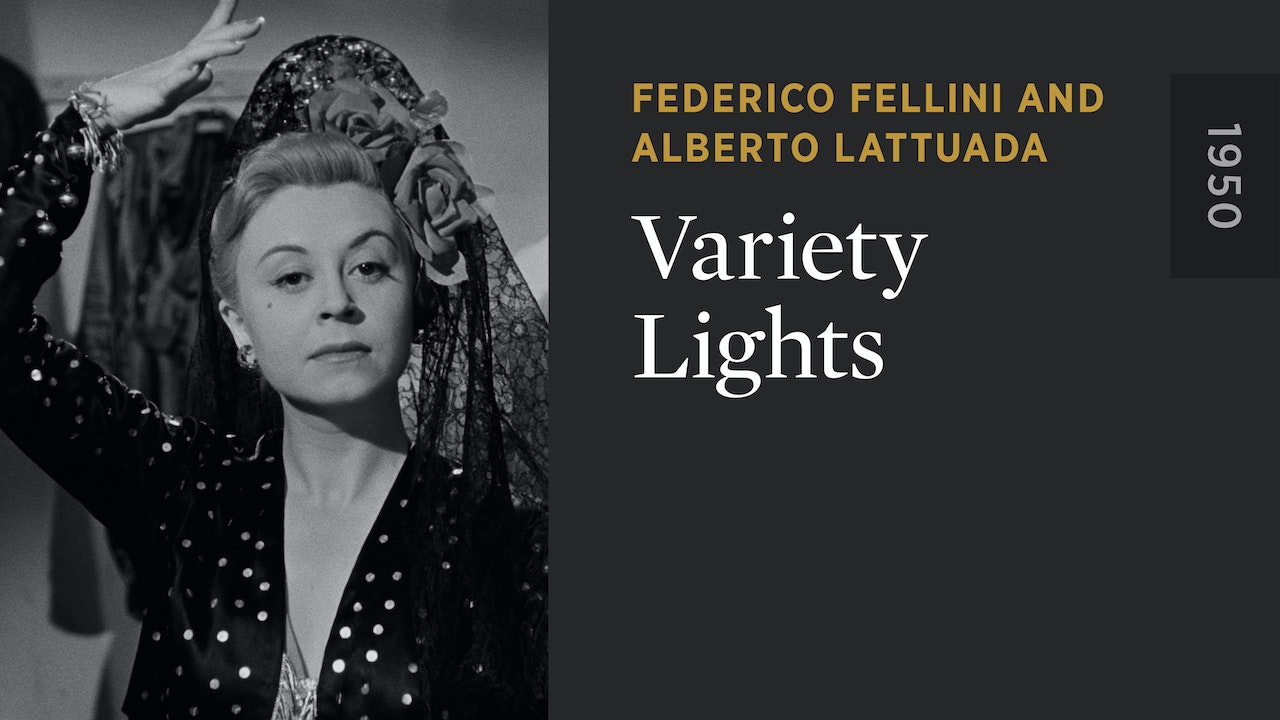