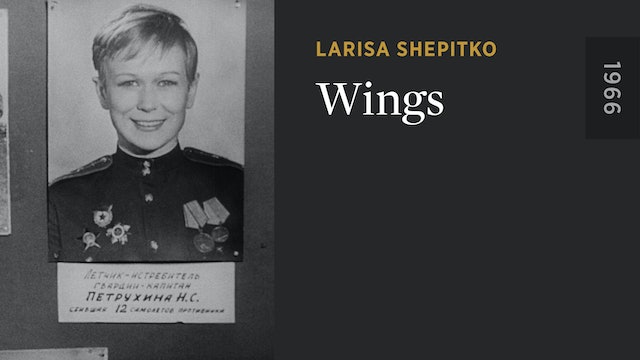 For her first feature after graduating from the All-Russian State Institute for Cinematography (VGIK), Larisa Shepitko trained her lens on the fascinating Russian character actress Maya Bulgakova, who gives a marvelous performance as a once heroic Russian fighter pilot now living a quiet, disappointingly ordinary life as a school principal. Subtly portraying one woman's desperation with elegant, spare camera work and casual, fluid storytelling, Shepitko, with Wings, announced herself as an important new voice in Soviet cinema. 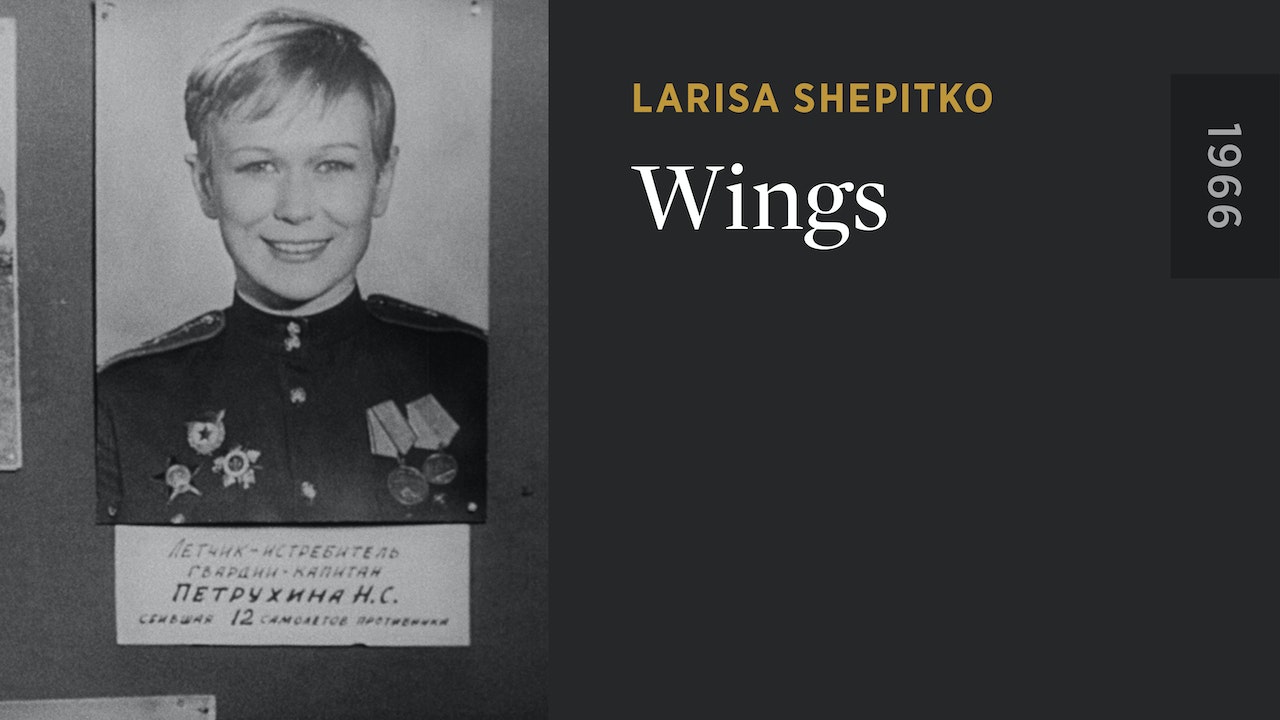