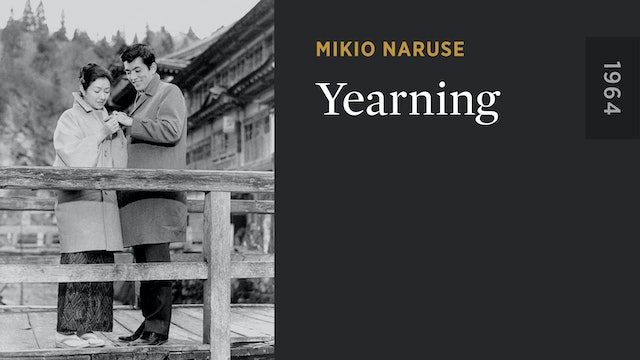 Mikio Naruse's Yearning (1964) is a story of an extended family tragedy growing out of the Second World War. Hideko Takamine stars as a young widow whose husband is killed in the war, and her business all-but-wiped out in a bombing raid -- in his memory she keeps the business going, only to encounter interference and attempts at theft by her sisters-in-law, and the unwanted attention of her brother-in-law. It's all a tragedy-in-the-making, presented with uniformly powerful performances led by Takamine. Sharp-eyed viewers can also spot Mie Hama, from the James Bond movie You Only Live Twice, in a small supporting role. 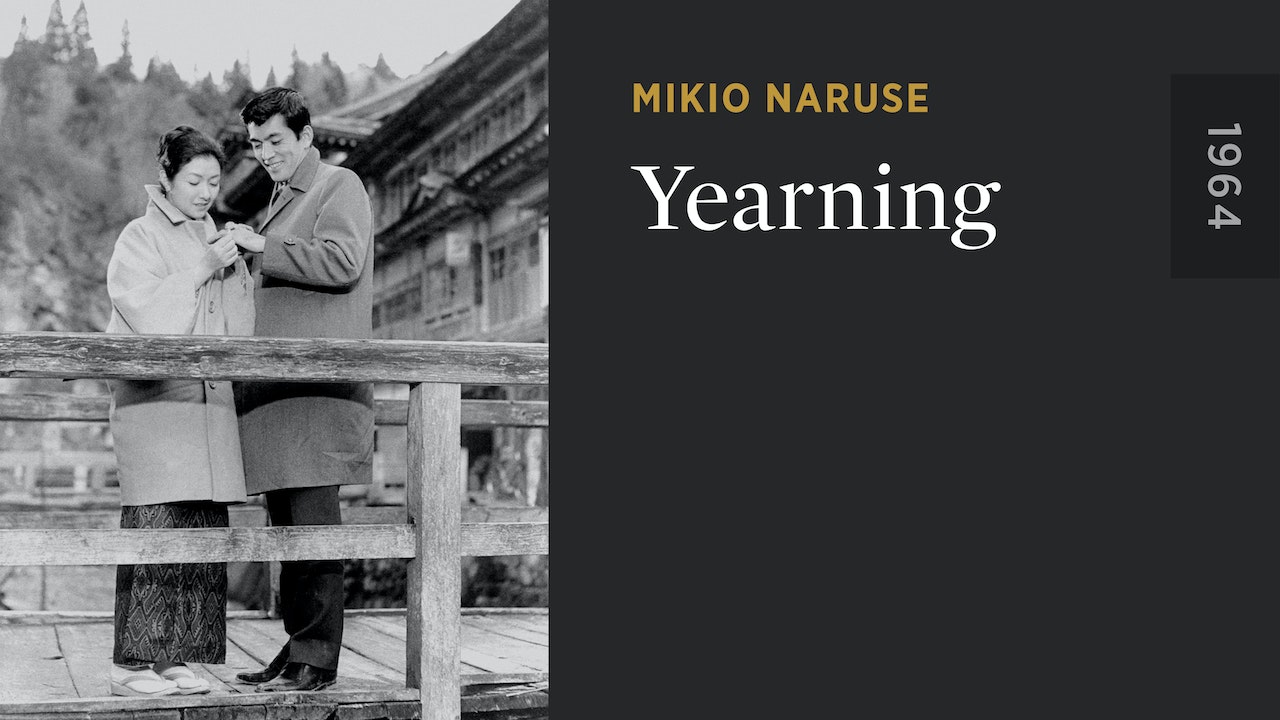