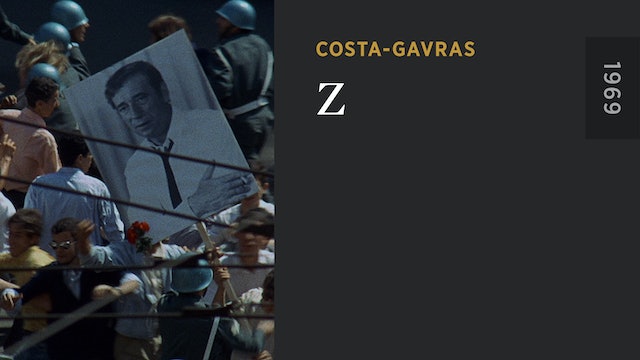 A pulse-pounding political thriller, Greek expatriate director Costa-Gavras’s Z was one of the cinematic sensations of the late sixties, and remains among the most vital dispatches from that hallowed era of filmmaking. This Academy Award winner—loosely based on the 1963 assassination of Greek left-wing activist Gregoris Lambrakis—stars Yves Montand as a prominent politician and doctor whose public murder amid a violent demonstration is covered up by military and government officials; Jean-Louis Trintignant is the tenacious magistrate who’s determined not to let them get away with it. Featuring kinetic, rhythmic editing, Raoul Coutard’s expressive vérité photography, and Mikis Theodorakis’s unforgettable, propulsive score, Z is a technically audacious and emotionally gripping masterpiece. 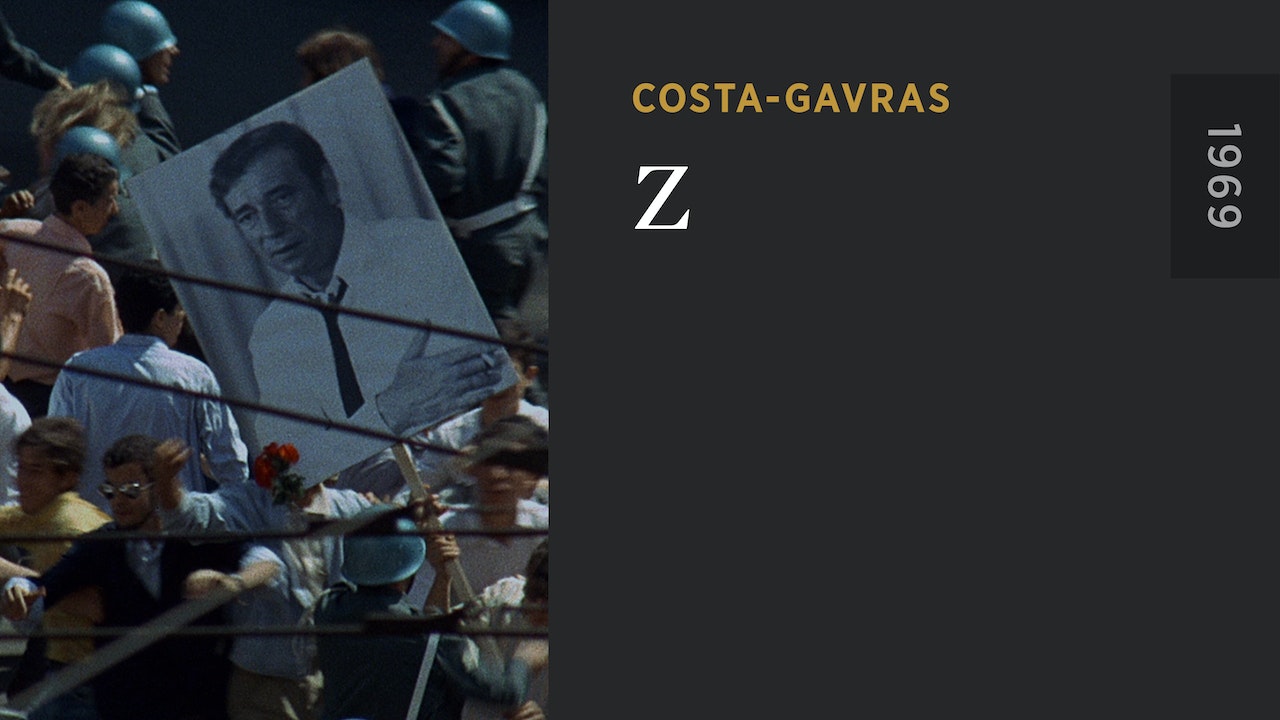