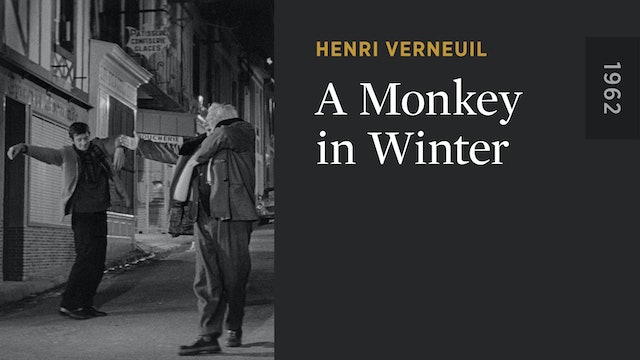 A Monkey in Winter

French screen icons Jean Gabin and Jean-Paul Belmondo star opposite each other in this captivating, booze-soaked comedy based on a novel by Antoine Blondin. Years earlier, inn owner Albert (Gabin) made a promise that if he and his wife survived the war he would never drink again. But his spell of sobriety is tested when he meets Gabriel (Belmondo), a hard-drinking advertising executive who checks into his hotel and with whom he soon forms a bond. Under the influence of the charming younger man, Albert joins him on an epic, alcohol-fueled escapade. 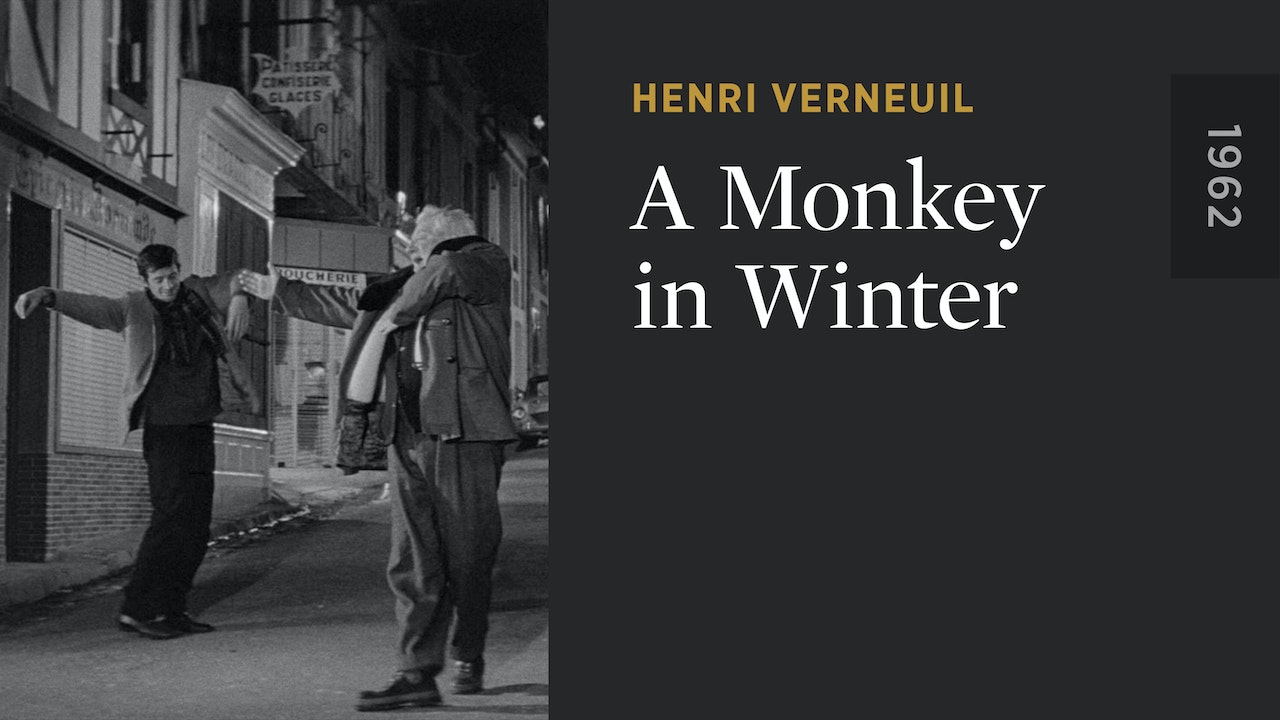