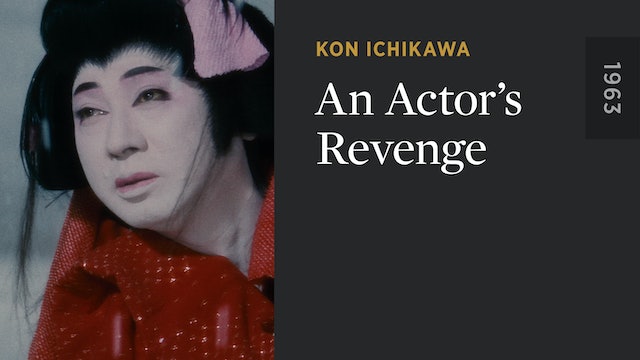 A uniquely prolific and chameleonic figure of world cinema, Kon Ichikawa delivered a burst of stylistic bravado with this intricate tale of betrayal and retribution. Set in the cloistered world of nineteenth-century kabuki theater, the film charts a female impersonator’s attempts to avenge the deaths of his parents, who were driven to insanity and suicide by a trio of corrupt men. Ichikawa takes the conventions of melodrama and turns them on their head, bringing the hero’s fractured psyche to life in boldly experimental widescreen compositions infused with kaleidoscopic color, pop-art influences, and meticulous choreography. Anchored by a magnificently androgynous performance by Kazuo Hasegawa, reprising a role he had played on-screen three decades earlier, AN ACTOR’S REVENGE is an eye-popping examination of how the illusions of art intersect with life. 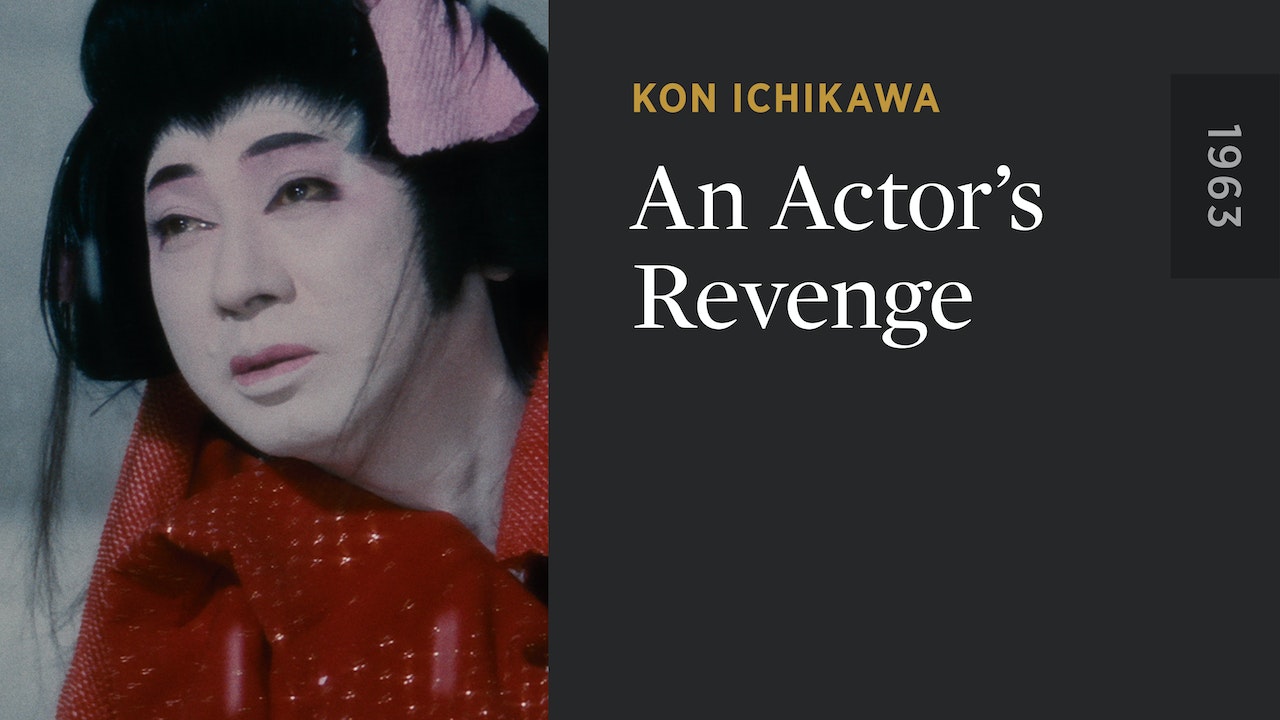