Volker Schlöndorff transported Bertolt Brecht's 1918 debut play to contemporary West Germany for this vicious experiment in adaptation, seldom seen for nearly half a century. Oozing with brutish charisma, Rainer Werner Fassbinder embodies the eponymous anarchist poet, who feels that bourgeois society has rejected him and sets off on a schnapps-soaked rampage. Hewing faithfully to Brecht's text, Schlöndorff juxtaposes the theatricality of the prose with bare-bones, handheld 16 mm camera work, which gives immediacy to this savage story of rebellion. Featuring a supporting cast drawn from Fassbinder's troupe of theater actors that also includes Margarethe von Trotta, BAAL demonstrates the uncompromising vision of its director, a trailblazer of the New German Cinema. 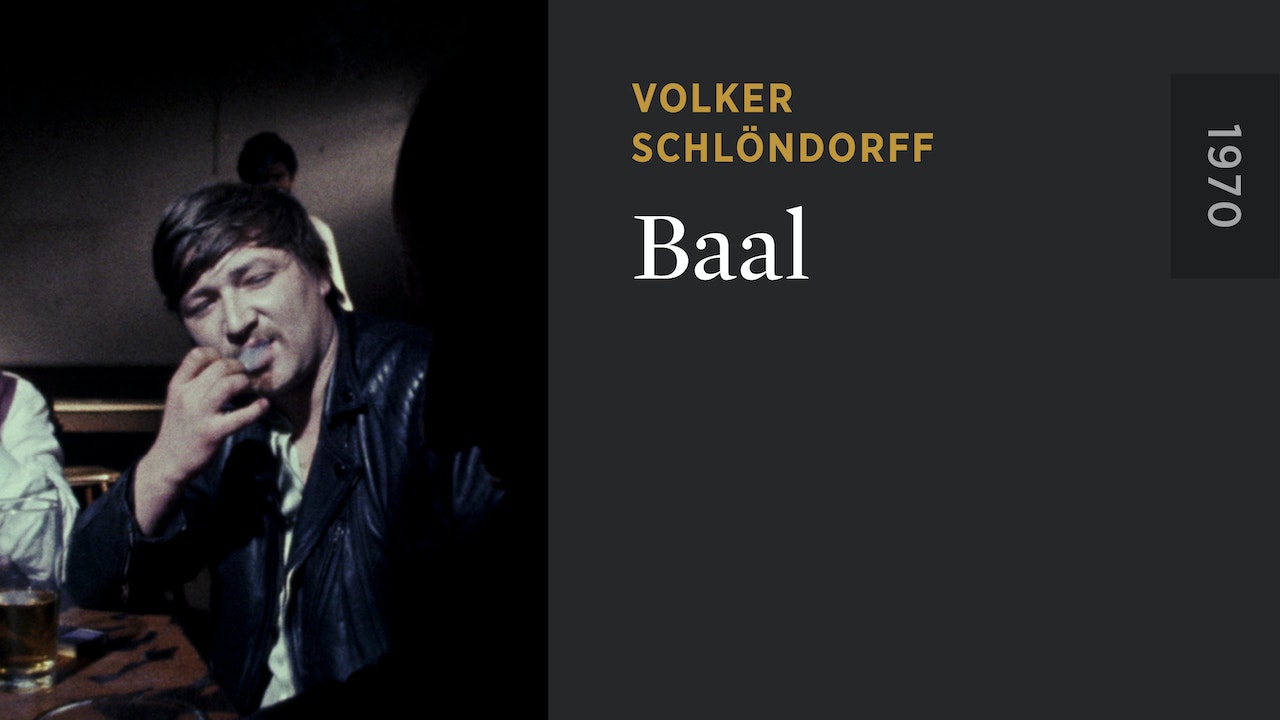