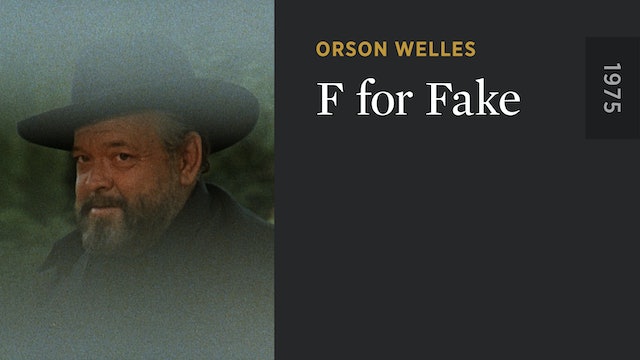 Trickery. Deceit. Magic. In F FOR FAKE, a free-form sort-of documentary by Orson Welles, the legendary filmmaker (and self-described charlatan) gleefully reengages with the central preoccupation of his career: the tenuous lines between illusion and truth, art and lies. Beginning with portraits of the world-renowned art forger Elmyr de Hory and his equally devious biographer, Clifford Irving, Welles embarks on a dizzying journey that simultaneously exposes and revels in fakery and fakers of all stripes, not the least of whom is Welles himself. Charming and inventive, F FOR FAKE is an inspired prank and a clever examination of the essential duplicity of cinema. 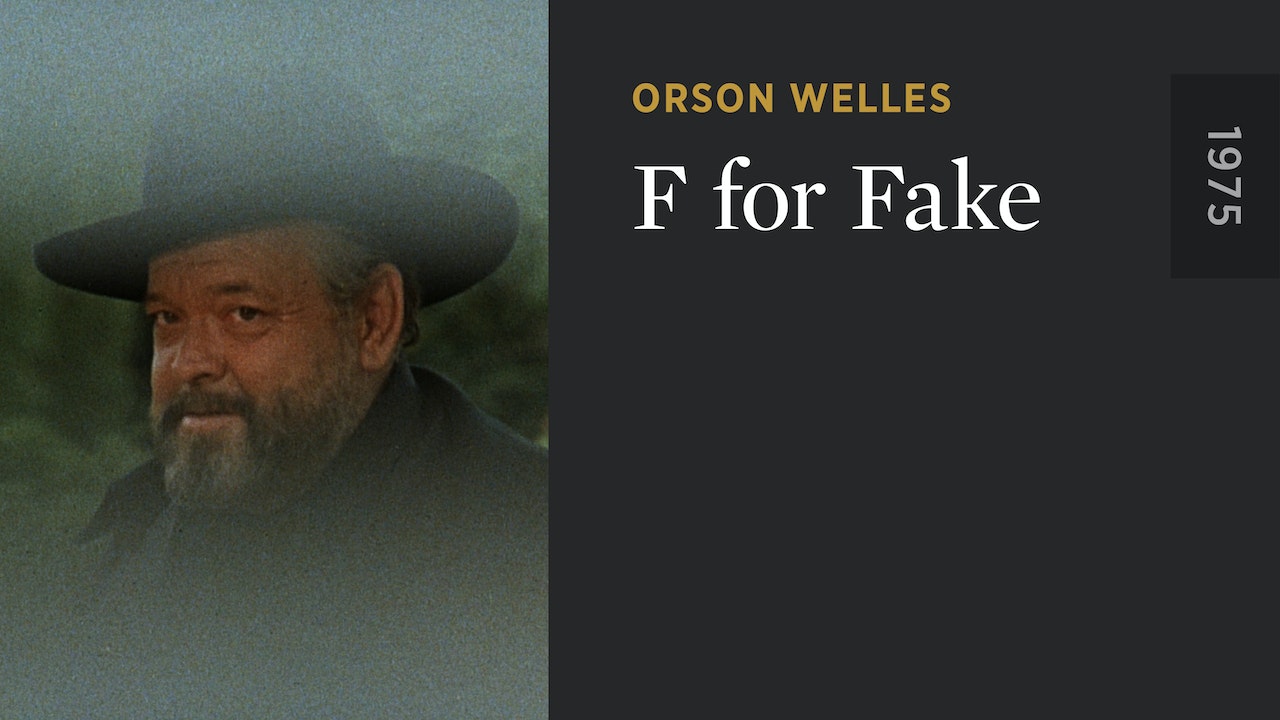