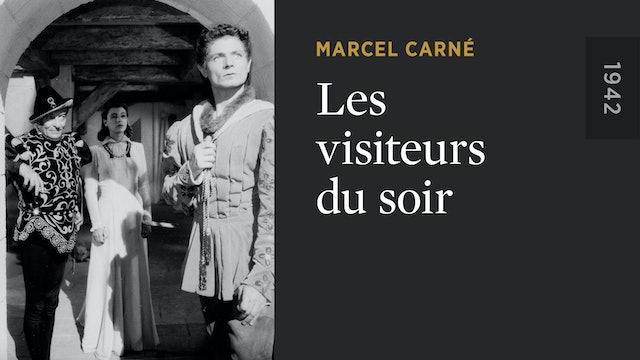 A work of poetry and dark humor, LES VISITEURS DU SOIR is a lyrical medieval fantasy from the great French director Marcel Carné. Two strangers dressed as minstrels (Arletty and Alain Cuny) arrive at a castle in advance of court festivities—and are revealed to be emissaries of the devil, dispatched to spread heartbreak and suffering. Their plans, however, are thwarted by an unexpected intrusion: human love. Often interpreted as an allegory for the Nazi occupation of France, during which it was made, LES VISITEURS DU SOIR—wittily written by Jacques Prévert and Pierre Laroche, and elegantly designed by Alexandre Trauner and shot by Roger Hubert—is a moving tale of love conquering all. 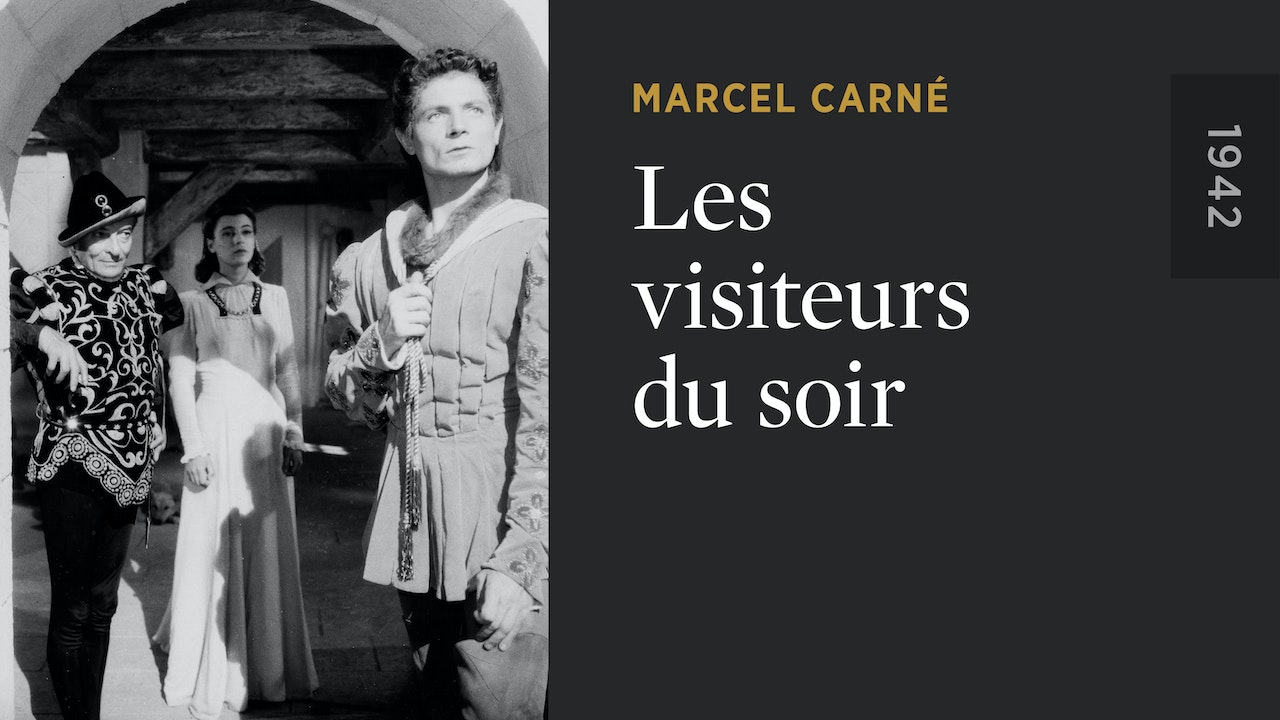