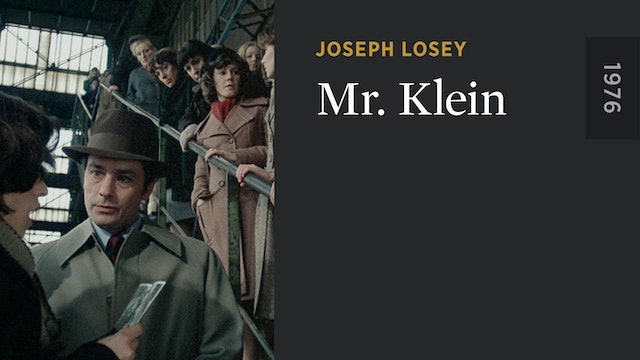 Neglected for decades, this chilling existentialist mystery has reemerged as one of director Joseph Losey’s most virtuosic works. In perhaps the finest performance of his career, Alain Delon stars as the wealthy Robert Klein, an amoral art dealer in Nazi-occupied Paris who exploits the persecution of his Jewish countrymen by buying and selling their paintings. When Klein is mistaken for a Jewish man of the same name, he is plunged into a labyrinthine identity crisis with life-or-death consequences. Through his moody, mesmerizing visual style, Losey weaves a Kafkaesque web of steadily mounting paranoia. 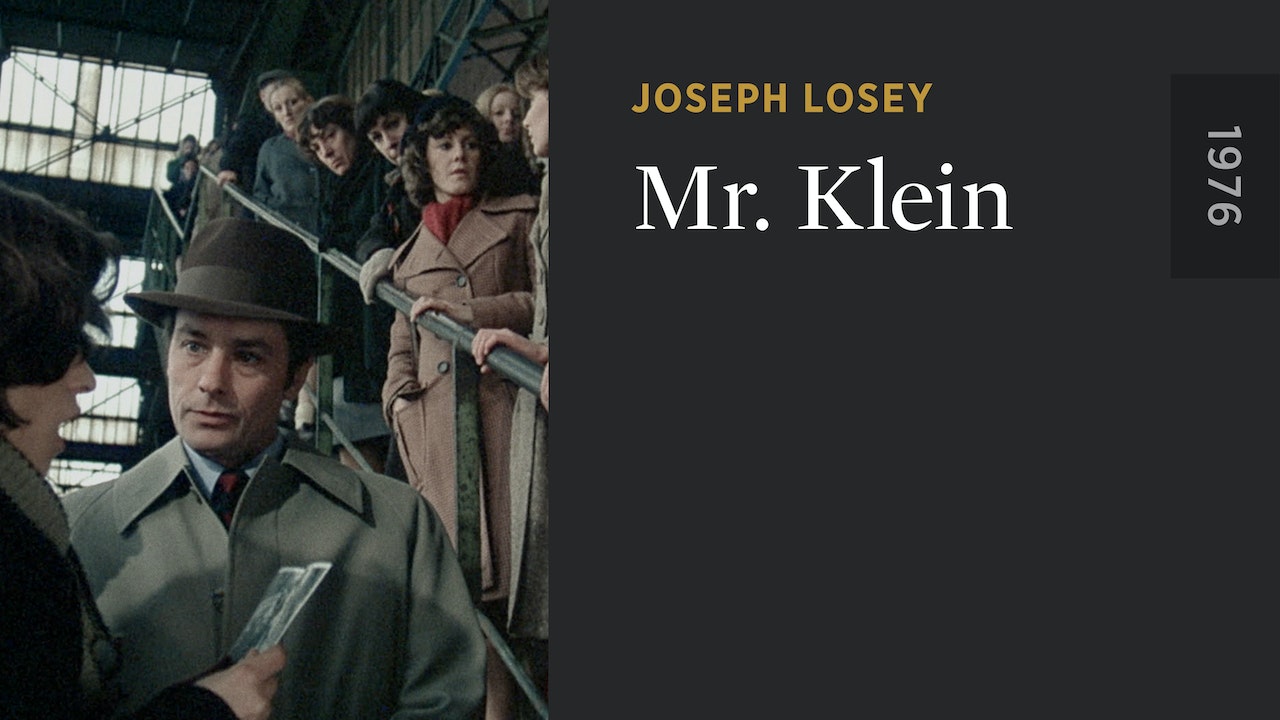