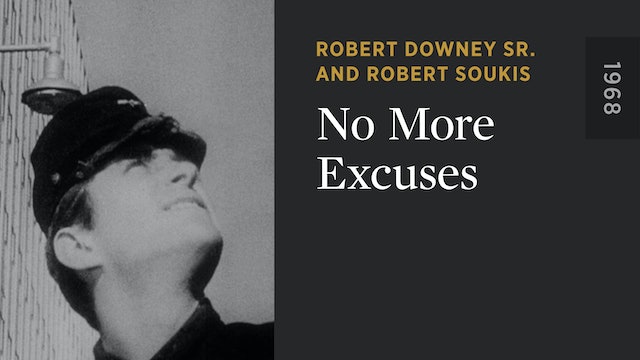 Downey takes his camera and microphone onto the streets (and into some bedrooms) for a look at Manhattan’s singles scene of the late sixties. Of course, that’s not all: NO MORE EXCUSES cuts between this footage and the fragmented tale of a time-traveling Civil War soldier, a rant from the director of the fictional Society for Indecency to Naked Animals, and other assorted improprieties. 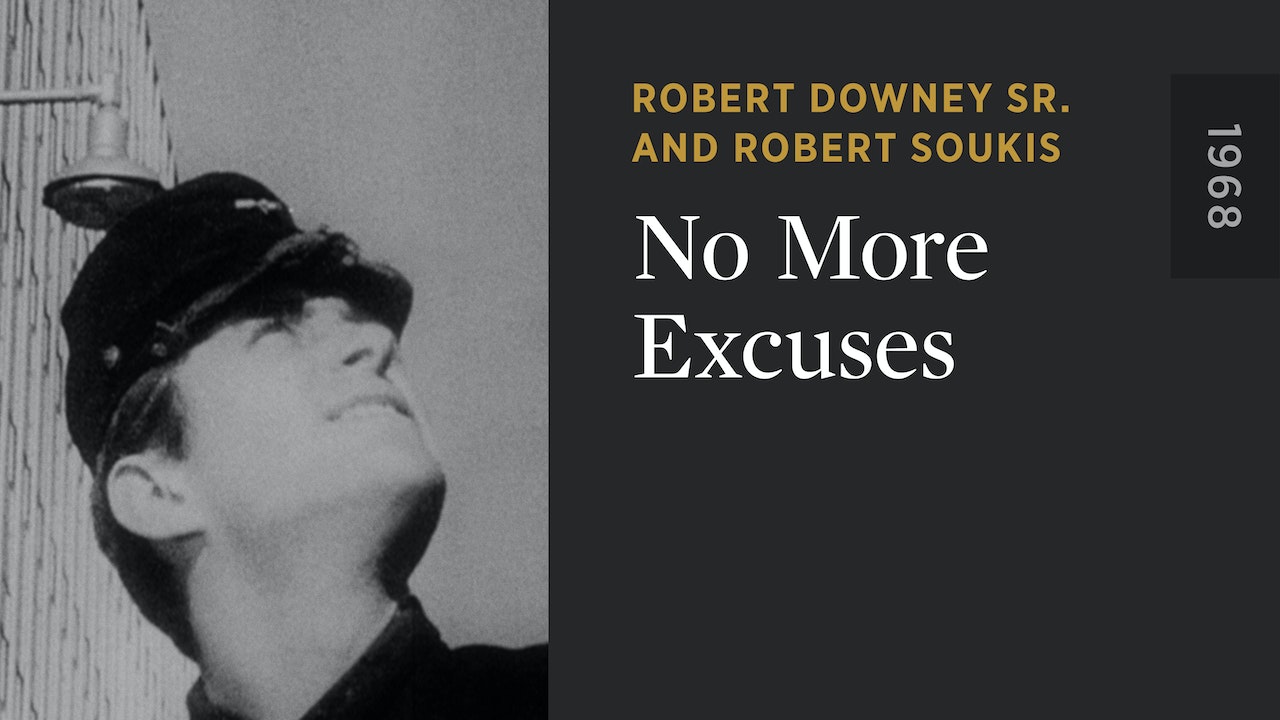